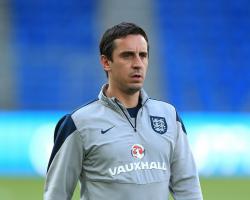 Man City 1-1 Chelsea: Match Report - view commentary, squad, and statistics of the game as it happened.Lampard leveller saves CityChelsea's record goalscorer Frank Lampard repaid the adulation of the visiting fans who cheered his arrival as a Manchester City substitute by scoring a late equaliser for his new club.The 36-year-old, on loan from City's Major League Soccer venture in New York, rescued a point for the hosts five minutes from time after an afternoon of much frustration.Lampard scored 211 times in 648 appearances for the Stamford Bridge side so it was no surprise when his 78th-minute appearance off the bench was cheered to the rafters by the away supporters, already jubilant after Andre Schurrle's goal following Pablo Zabaleta's red card.However, it was City fans who raised the roof when the former England midfielder rammed home man of the match James Milner's pass, although he predictably refused to celebrate.His goal ended the Premier League leaders' 100 per cent record, but as Chelsea had arrived at the Etihad Stadium with a game plan not to lose it was probably, on balance, the most they deserved.Having conceded a vast amount of territory and possession for over an hour, the dismissal of Zabaleta was the signal for Jose Mourinho's side to seize their chance and substitute Schurrle did exactly that with 19 minutes left.But Lampard's intervention ensured the gap to Chelsea at the top remained at five

Had it been eight there would have been critics writing off their challenge already.City gave a debut to Eliaquim Mangala, their B#32million signing from Porto brought in to add greater depth at centre-back, but his job was made much easier playing alongside his irrepressible captain Vincent Kompany.Diego Costa, over whom fitness doubts still persist after he was rested for the midweek Champions League draw with Schalke, arrived at the Etihad Stadium as the Premier League's hottest striker with seven goals in four matches.But with the greatest respect to the likes of Everton's Phil Jagielka, Swansea's Ashley Williams, Leicester's Wes Morgan or Burnley's Michael Duff, the Spain international found himself facing a whole different class of opponent.As City dominated possession and territory it took until midway through the first half for their first real one-to-one but with Costa looking to drive into the left of the penalty area he was comfortably muscled off the ball by Kompany.Aside from an optimistic handball shout against Yaya Youre from Cesc Fabregas's free-kick it was the closest Chelsea came to threatening.In fact Costa's most significant first-half intervention saw him tangle with Edin Dzeko which could have resulted in a penalty but only led to a corner, which was easily repelled.It was virtually one-way traffic in the first 45 minutes as Dzeko and Toure both failed to convert early headers, setting a dismal precedent for some mediocre set-piece play from City.With Milner enjoying a bright start down the right-hand side City stroked the ball about confidently but found, like in their 1-0 home defeat to Chelsea last season, they were smothered as soon as they got within 10 yards of the penalty area.Fernandinho sliced wide from outside area and Sergio Aguero, whom had earlier been left in a heap when John Terry went through the back of him unnoticed by referee Mike Dean, hooked over.Toure almost unlocked Chelsea's watertight defence from a looping ball with outside of his right foot but it dropped agonisingly out of Aguero's reach.City's pressure continued after the break as Fernandinho blazed wide and Aguero forced Thibaut Courtois to fumble a snap-shot before the advantage swung in Chelsea's favour with Zabaleta's dismissal.Having already been booked for a first-half foul on Eden Hazard the Argentinian rashly dived in at Costa and the Chelsea striker reacted aggressively and Dean showed both yellow cards - which meant a premature departure for the City defender.Manuel Pellegrini had no option but to shore up the right-back spot by sacrificing Aguero for Bacary Sagna but having got City where they wanted them, Chelsea applied what appeared to be the finishing blow as Hazard curled an inviting, low, cross to the far post where Schurrle tapped home.Costa had chances to put the game beyond City with a header straight at Joe Hart and then shooting against the post before Lampard, of all people, made him and his former employers pay.He made a special effort to applaud the Chelsea fans at the final whistle but their club idol may have lost a little of his sheen in their eyes now