The Ivory Coast star missed vital club matches during the African Cup of Nations in 2012 and 2013, and the Blues have been gearing up for another January absence when the tournament takes place next year. 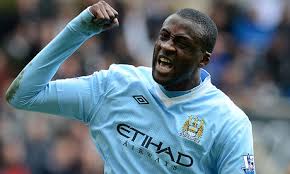 However, the 30-year-old has revealed he wants to extend his career at the Etihad Stadium.

Yaya Toure: “I will see what happens at the World Cup. It’s a very difficult decision and I want to do it at the right moment.

“I am thinking about it, but I haven’t decided when it will happen.

“I want to leave with a good name, in a good moment. The generation of players we have has always been regarded as something special, so we all want to give something good to remember.”