The romance of the cup is well and truly in the air this weekend, as ​West Ham Women look to upset the odds on Saturday evening. They mark the conclusion of their first season as a professional Women's Super League team with a short trip to Wembley Stadium to face Manchester City in this year's FA Cup final.

City, sitting second in the WSL, are the overwhelming favourites, but w Here is 90min's breakdown on what you can expect.

Both sides have the luxury of more or less fully fit squads to choose from heading into the big one. For City, both Jill Scott and Jen Beattie are expected to return after sitting out the 2-1 victory over Yeovil in the league.

For West Ham, it's the same story, as they aren't likely to make too many changes to the side who beat Reading last time out, but captain Gilly Flaherty looks set to return to the XI after being an unused sub in Chelsea's victory at this stage last season. With West Ham playing in the top flight for the first time in their history, they have played City twice, and haven't exactly fared well. A 7-1 drubbing on City's turf, featuring braces from Georgia Stanway and FWA Women's Player of the Year Nikita Parris, preceded a closer, (but still pretty comfortable) 3-1 victory for Nick Cushing's side at Hornchurch Stadium in January.

City remain undefeated domestically this season, and will feel unlucky to have lost out to an incredible Arsenal side in the WSL title race. They've won 14 of their 19 league matches, drawing the other five, and their last defeat in any competition came in the Champions League to Atletico Madrid back in September.

West Ham have flattered to deceive a bit in recent weeks. They won pretty comfortably against Bristol City last time out, but hadn't won since February prior to that. Regardless, they will be happy enough with a possible sixth-placed finish and an FA Cup final in their first season as a WSL team. 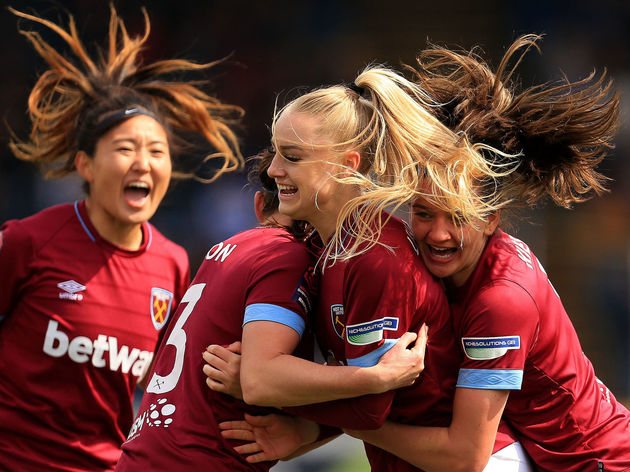 The Hammers overcame Reading on penalties to reach the final, while City just about edged out Chelsea thanks to a 92nd minute ​tickets are available here at £15 for adults and free for Under-16s.