On Monday evening, under the glistening lights of the Etihad in Manchester, England, Vincent Kompany produced a bit of magic that stunned the footballing world. But the truth is, we shouldn't be surprised that it was Kompany - City's Captain Fantastic - who stepped up when the Citizens - nay, the WORLD - needed him most.

Some people may call him overrated.

But I wonder how that's possible, considering that this is a man who is (checks notes): A three-time Premier League Champion, four-time League Cup winner, three-time PFA Team of the Year member, and the winner of the Premier League Player of the Season award for 2011/12. 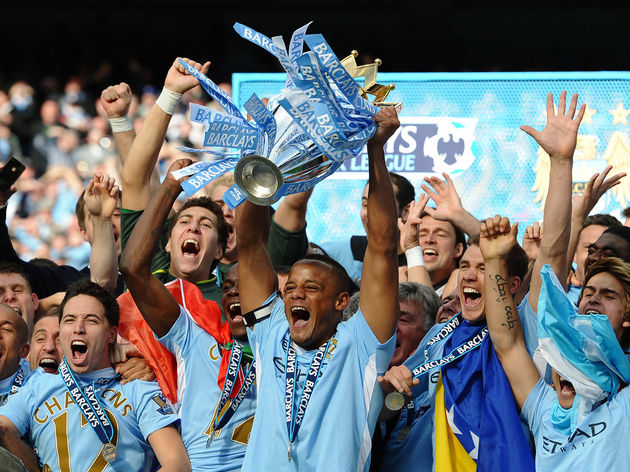 I haven't even mentioned his importance to Belgian football, both on and off the pitch. Kompany has 87 caps for Les Diables Rouges, and was instrumental in helping Belgium to third place at the World Cup in 2018. When he's not part of the side, his absence is keenly felt (see: 2016 Euros versus Wales). He also has an MBA from Manchester Business School, FIFASOS Children, and speaks English, French, Dutch and German fluently.

Honestly, this is a guy who should be the next coach of the Belgium national team - or maybe even the Prime Minister (I'd vote for him).

Of course, Kompany's strike against Leicester City on Monday wasn't the first time the Belgian has come up in the clutch for the Sky Blues.

In 2012, before THAT game against QPR where City sealed their first Premier League title, the Citizens faced off against Manchester United, knowing full well that a win would vault them above the Red Devils into first with just two games to go. Cometh the hour, cometh the man, and Kompany stepped up with a trademark header to win the match for Man City - a moment that has been overshadowed thanks to Aguero's heroics against QPR, but equally important.

Is Vincent Kompany's winner against Leicester the goal of the season?

If City do beat Brighton next weekend, they will have won a historic title, repeating as champions and cementing this squad's place in history. But there's no question that Kompany, and his strike on Monday, 6 May, 2019, will be the iconic moment that everyone points back to.

And for that reason, City should start building a statue for him now.

"He is the hero the Premier League needed, but doesn't deserve."