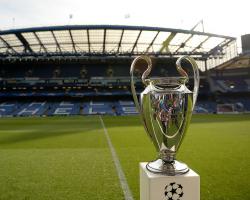 European football's governing body revealed on Friday that 76 clubs from the 237 which entered competitions under its jurisdiction this season had been asked to provide further information regarding to their compliance with FFP, with the majority of those cases now closed

A UEFA statement read: "O f the 76 clubs asked to submit more information to the Club Financial Control Body regarding compliance with Financial Fair Play (FFP), examinations will continue into nine of them

"Following the period in which the Club Financial Control Body (CFCB) Investigatory Chamber monitored the compliance of clubs with Financial Fair Play (FFP) regulations, UEFA can confirm that of the 237 clubs which entered the 2013/14 UEFA club competitions (and were thus subject to this season's break-even requirements), 76 were requested to submit additional information

"From that group, the examination as regards 67 clubs has come to an end and continues only in relation to the nine remaining clubs

"Further information shall be provided once this process has been completed."

Manchester City and Paris St Germain are among a number of clubs who are understood to have been offered settlements for breaching FFP rules.

UEFA is understood to have made a settlement offer to the clubs which would see a limit placed on the total wage bill for next season's Champions League squad.

"There are rules to apply for the financial fair play

If you don't respect them, you have to apply the rules," said Wenger.

"One of the rules is that normally you should be banned for the excess of the financial amount that is not justified, that is if you are ?100million overboard, you should be punished for Â£100million of your wages bill in the Champions League

"I want to see that respected, if that is not respected, then the financial fair play will have problems to be respected in the future because everyone will just not consider it at all.

"If it is not respected, of course we will feel let down."

No club is expected to be excluded from the Champions League for breaching the spending limits and Wenger believes that could be linked to TV rights sales.

He added: "That has gone now out, I have thought about that problem and the media might play a part in that, because when UEFA sells the rights of the Champions League to a French TV station, it is very difficult to explain to them once they have paid the money that the best club in their country will not play in the competition, so that might be one of the reasons behind that."