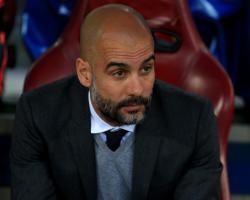 Arsenal's ALEXIS SANCHEZ, Everton's JOHN STONES and Tottenham's DANNY ROSE are on Pep Guardiola's wishlist at Manchester City, according to The Sun.

The Daily Telegraph reports that Chelsea believe a deal for RADJA NAINGGOLAN remains possible despite the midfielder saying he wishes to stay at Roma.

Everton will hold out for more than ÃÂ£23million if Lazio follow up their interest in RAMIRO FUNES MORI, according to the Daily Mirror.