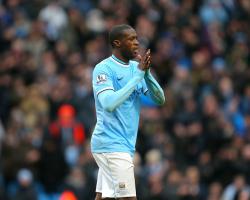 Dimitri Seluk claims City have not made Toure feel valued and appreciated, especially on his 31st birthday which clashed with a party in Abu Dhabi to celebrate City's title triumph.

Seluk told The Sun: "There's a big possibility Yaya will leave this summer

"In a normal team, his team-mates and club would at least give him good wishes

"He's very upset and he started thinking of leaving the club

For Yaya what is the most important thing is human relationships.

To make him feel valued and appreciated

They don't give any attention to Yaya."