​Manchester City have been drawn alongside Shakhtar Donetsk, Dinamo Zagreb and Atalanta in Group C of this season's Champions League. The Citizens will be hoping to have a better European campaign this time around, having only reached the quarter-finals for two seasons running.

If you're not too familiar with their group stage opponents, here is a rundown of all the background information you need to know...

A Brief History - The Miners never had much success back in the days of the Soviet Union, but that all changed following the takeover of Rinat Akhmetov in 1995. Akhmetov's investment turned Shakhtar into Ukraine's premier club in the 21st century, winning twelve Ukrainian titles since 2000. 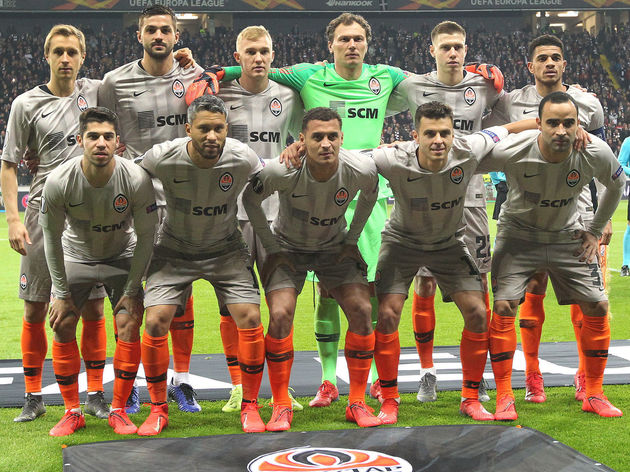 Past Meetings - Unbelievably, this will be the third consecutive season ​Manchester City have been drawn against Shakhtar in the Champions League group stages. City have won three out of their four meetings, but Shakhtar did manage to register a 2-1 victory against them back in 2017.

Any Other Business? - A few players have transferred from Shakhtar to City over the last few years, including Elano, Nery Castillo and most notably Fernandinho, who has been a massive success for both clubs.

How They Qualified - As champions of Croatia, Dinamo Zagreb entered the Champions League at the second qualifying round, where they thrashed Georgian side Saburtalo Tbilisi. They then beat Hungarian champions European Pedigree - Dinamo Zagreb have qualified for the group stage in three out of the last five Champions League campaigns, finishing bottom of their group on both previous occasions. They did, however, record a notable win 2-1 over ​Arsenal back in 2015. The Blues have one European title to their name, winning the Inter-Cities Fairs Cup all the way back in 1967.

Past Meetings - Dinamo Zagreb's trip to Manchester City in October will mark the first ever meeting between the two sides.

Any Other Business? - Remember ​Tottenham Hotspur

How They Qualified - ​Atalanta finished third in ​Serie A last season, the highest finish in their history, to qualify automatically for the Champions League group stage.

A Brief History - Prior to the takeover of Gian Piero Gasperini, Atalanta were a mid-table Serie A side for much of their history, with the occasional dip into Serie B. This all changed with the appointment of Gasperini in 2016. He led them from 13th to fourth in his first campaign, seventh in his second and quite unbelievably, to third place last season. European Pedigree - Given Atalanta's unremarkable history, they haven't had too many European campaigns to speak of. They won their Europa League group in 2017/18 but crashed out to ​Borussia Dortmund in the round of 32. Their best finish was in the 1990-91 edition of the UEFA Cup, losing to ​Internazionale in the quarter-finals of that competition.

Past Meetings - Atalanta and Manchester City have never faced each other in their entire history.

Any Other Business? - Renovations are currently underway at Atalanta's Gewiss Stadium, meaning their 'home' Champions League fixtures will be 50km south at Milan's San Siro.