expectedVirgin Media to determine which club now rules over the northern city. 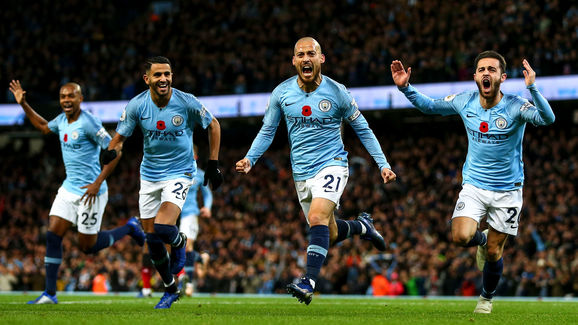 Well, it was a close one, that's for sure! Out of the 1591 votes casted, 51% of voters opted for Pep Guardiola's side, while the remaining 49% still felt that the ​Red Devils are the biggest side in town.

In a vote even closer (referendum​Citizens'

Of course, Man Utd have the richer history when it comes to success - having notched up a mighty twenty league titles during their 116 year history. But Man City fans would argue that the present is more important than the past, and under Guardiola they have well and truly turned the tables on United and asserted themselves as the strongest team in the ​Premier League.

City fans will be desperate to see their side replicate the run of title winning form that United enjoyed in the late 90s/mid 00s, and with the stunning array of talent at Guardiola's disposal, you'd be hard pushed to argue against it happening.

However, United will be plotting their revenge, and could invest heavily next summer to re-establish themselves back at the top.