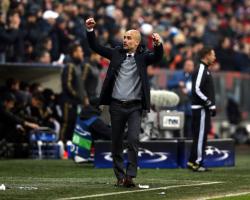 Speculation persisted regarding his next destination but it was Manchester City who won the race for his signature.

City have lifted the Capital One Cup in PellegriniÃâs last season but have fell short in the title race; now facing a battle to remain in the top four

However, they remain in the last eight of the Champions League alongside Bayern Munich

His reign will bring many changes to the club, we highlight what could be on the 45-year-oldÃâs summer to-do-listÃâ¦

End the Yaya Toure transfer saga before it begins

When the summer transfer window re-opens, it usually brings with it transfer rumours surrounding the future of Ivorian midfielder Yaya Toure

Whether it be over a birthday message, rumours persist regarding the midfielderÃâs future

His agent, Dimitri Seluk, has once again caused some controversy this week over his clientÃâs future

Toure has played a pivotal role during Sheikh MansourÃâs years of ownership, providing City with a world-class option in the centre of midfield

However, his influence is midfield is waning

His ability is unquestionable

Would Toure be willing to be a part of such system?

If ToureÃâs future is not decided before Guardiola arrives at the club, it should be one of his top priorities

For all of Manchester CityÃâs attacking potency, they have once again been let down at the other end of the field

Without skipper Vincent Kompany, they have seemed incapable of keeping a clean sheet

The 29 games he has missed, City have lost nine compared to three losses when the Belgian has started.

In his absence due to re-occurring injuries, almost ÃÂ£80m has been spent by the Citizens to plug the gap left by one of the finest defenders the Premier League has ever seen

Out with the old and in with the new

However, the England international has no Champions League experience meaning other options could be explored

In midfield, Samir Nasri and Fernandinho could be allowed to leave the club

Fabian Delph, Jesus Navas and Fernando may have a role to play as squad players allowing the likes of Kevin De Bruyne, Raheem Sterling and David Silva to flourish

City have been linked with a big-money move for Juventus midfielder Paul Pogba but a move for Borussia DortmundÃâs Ilkay Gundogan seems more realistic; especially after GundoganÃâs agent was seen meeting with director of football Txiki Begiristain recently

With Sergio Aguero the main option and Kelechi Iheanacho as his back-up, Bony could be set to leave in the summer

City have continued to expand their stadium at a rapid rate

Redevelopments are still in progress to boost the overall seating capacity to approximately 61,000 upon completion which would make it only second to Old Trafford in terms of size

Even during Champions League matches this season, the club have been unable to fill the stadium

GuardiolaÃâs arrival, new signings in the transfer window and a free-flow attacking style should see City fans look to fill their ground

Give youth a chance

Due to an abundance of foreign talent purchased for big-money, opportunities have been few and far between

Sir Trevor Brooking criticised the club for not giving young players such as Patrick Roberts a chance to impress.

Under Guardiola, things will change

During his time with Barcelona, youngsters were given the chance to impress

ÃâIt's an amazing feeling that someone of the calibre of Pep has so much confidence in you,Ãâ remarked the midfielder who duly followed when Guardiola came calling

On-loan winger Kingsley Coman is also benefitting from the tacticianÃâs tutelage, playing a starring role in the league and helping knock parent club Juventus out of the Champions League

City do have prospects capable of making the step up

Roberts, currently on loan at Celtic, could also see opportunities for first-team football arise following his spell in Scotland and hope to live up to his ÃÂ£12m price tag