Pep Guardiola is confident that Fernandinho will be fit enough to play in Manchester City's upcoming clash against Liverpool at the Etihad Stadium.

The midfielder returned to training earlier this week having missed three weeks due to injury, with City losing the two league matches the Brazilian missed. Having looked in tremendous form at the top of the table not so long ago, City's title defence now looks to be in disarray with Liverpool storming to a 10 point lead at the top with Guardiola's men to face Southampton next. 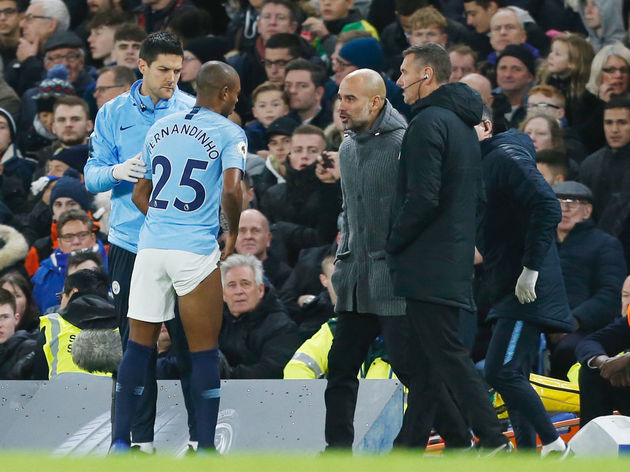 To make things even more interesting, ​City will then host ​Liverpool at the Etihad Stadium on Thursday night as they look to close the gap on the league leaders. With this crucial game in mind, City have been doing all they can to speed up ​Fernandinho's recovery so that he can be fit enough to play, and Guardiola has now provided an update on the midfielder's status.

Speaking to ​the Sun, Guardiola revealed that Fernandinho has indeed returned to training, yet he is lacking match fitness. He said: "Almost everyone is fit. They are training - not 100 per cent but training.

"We will have his qualities again and he is an incredible player. He is so important like Kevin is, so of course we have to find another solution if he is not available."

In the meantime City are preparing to face Southampton on Sunday afternoon and will likely not take any chances by playing either Fernandinho or Kevin De Bruyne with the game against Liverpool just four days later.

However, City fans will no doubt be delighted with the news that they could be set to get their midfield anchor back in time for what promises to be the biggest match of the ​Premier League season so far.