Manchester City manager Pep Guardiola held nothing back in praise of his players as they deservedly beat Liverpool to close the gap at the top of the Premier League to four points.

Goals from Sergio Aguero and Leroy Sane gave City the victory as Liverpool conceded two goals in a league match for the first time this season and lost their unbeaten record.

Guardiola, who had suggested that ​City's title hopes might be over if ​Liverpool had won on Thursday, was understandably delighted with the victory. 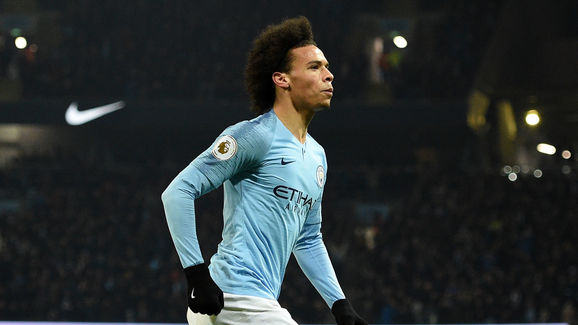 "The game was a real game for both sides, we beat an incredible team," he said, quoted by ​BBC Sport. "We were outstanding from the first minute. We are happy for this victory to reduce the gap. Everything is open.

"Liverpool don't concede goals, and we scored two. We played with courage, so aggressive in our pressing. They are incredibly fast in behind, so dangerous.

"If we lose today it is almost done, it would be so difficult. But we are four points behind them and they are the leaders. We have to fight a lot, but this gives us a lot of confidence."

7 - Sergio Aguero has scored in all seven of his Premier League appearances for Manchester City against Liverpool at the Etihad Stadium. Regularity. #MCILIV pic.twitter.com/VtgJaNor0y

"We don't have a left-back. Huge compliments to Aymeric Laporte against these strikers. Everyone was outstanding," said Guardiola.

City have two cup ties to navigate before they return to Premier League action against Wolves on 14 January.