Laporte was stretchered off in the first half of City’s recent Premier League win over Brighton and subsequently underwent successful surgery. 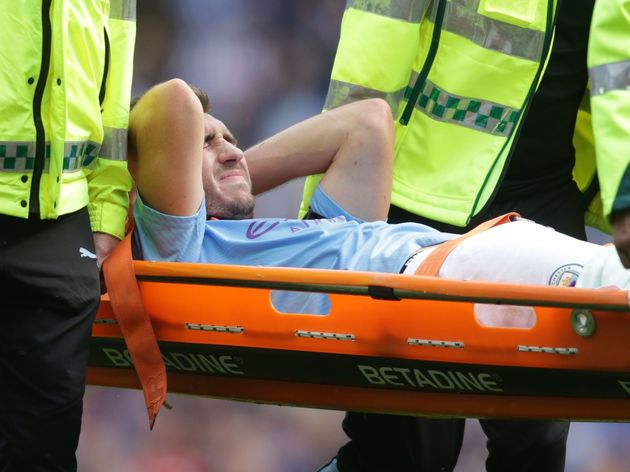 It had remained unclear quite how long the former Athletic Bilbao star might be sidelined for, but Guardiola put a relatively vague estimate on it when quizzed at his weekly press conference ahead this weekend’s clash with newly promoted Norwich.

“Not long, five months, six months, next year...January or February,” was Guardiola’s response.

PEP  (On duration of @Laporte's absence from injury) Not long, five months, six months, next year... January or February.

Having joined City from Bilbao for what was then a club record fee in January 2018, Laporte has emerged as the team’s leading centre-back. He played 35 of the 38 Premier League games last season, while Vincent Kompany, John Stones and Nicolas Otamendi rotated alongside him.

His absence for the foreseeable future will be a significant blow to City as they look to become only the second club in Premier League history to win three consecutive titles.

Better news is that Leroy Sane is making good progress in his early recovery from a more serious knee injury and is expected by Guardiola to return before the end of the season.

PEP  @LeroySane19 is coming back (into the team) before the end of the season.

He should be perfect. He came back two days ago - he’s here with us and hopefully he came back well.

Benjamin Mendy, who has suffered two major knee injuries in two years since joining City, is nearing a comeback after being out of action since November. Elsewhere, Gabriel Jesus and Ilkay Gundogan could even make their returns from minor recent problems this weekend.