Manchester City boss Pep Guardiola has urged Lionel Messi to remain at Barcelona, despite ​the recent unrest between the club and their talisman leading to rumours that he could reunite with his former manager and move to the Etihad.

Messi's future at Camp Nou was questioned after an internal feud unravelled between the Argentinian and Barcelona's sporting director Eric Abidal.

"I think that when you talk about players, you should give names because otherwise, you are tainting everyone's name and feeding rumours that spread and are not true."

The public spat led to speculation suggesting ​Messi could depart ​Barcelona, with a clause in his contract allowing him to leave the club for nothing in the summer. 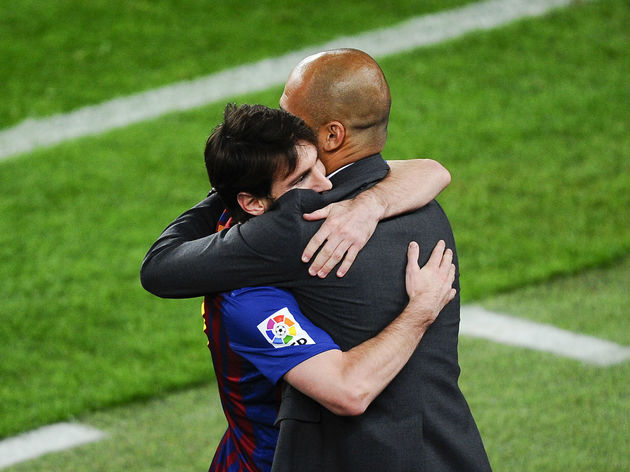 Although a move to the Etihad now appears unlikely, seeing Messi in the English top flight is not completely off the table, with a couple of Premier League managers jokingly registering their interest in the six-time Ballon d'Or winner.