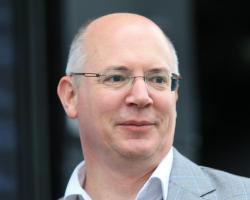 As first revealed by Press Association Sport, 16 top-category academy sides have been asked to join the 48 clubs from Leagues One and Two in what was known as the Johnstone's Paint Trophy but is currently without a sponsor

Fifteen of those invited clubs come from the Premier League, with Newcastle getting the final invite as the next highest finisher in last season's league pyramid

And in a move that has already attracted criticism from clubs and fans worried about the possible introduction of Premier League B teams into the EFL, those invited clubs will be able to field five players older than 21 in their starting XIs

"The new format is intended to rejuvenate this competition and also assist the development of the very best young players in English football," said Harvey.

"This will help us deliver more and better home-grown players which will deliver benefits to the national team and domestic league football at all levels."

The 64 clubs will be split into 16 groups of four, on a north/south regional basis, each containing an invited club; and they will play each other once, with the invited club playing one game at home

Teams will earn three points for a win and a point for a draw, but if the scores are tied after 90 minutes an extra point will go to the winner of a penalty shoot-out

The top two from each group will then proceed to a regional knock-out round of 32, with the rounds of 16, eight and four being free draws

These will all be single ties and will be settled by penalties after 90 minutes, although that may change for the semi-final and Wembley final

Approval of these changes came at last month's EFL AGM in Portugal but it was far from unanimous, despite an extra ÃÂ£1m coming from the Premier League to more than double the prize fund

A Premier League spokesman said: "Participation for a selection of Premier League clubs' (academy) teams in the EFL Trophy is an important part of a range of developments that both we and the EFL believe will help young, talented players progress physically and mentally on top of the technical aspect of their game developed in the academy system

"It is a progressive move by both leagues; one that we welcome."

The group stages will start in the last week of August, with the knock-out rounds beginning at the start of December and the final on April 2, 2017.