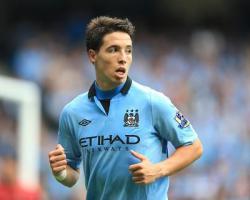 Neither Nasri, who has won 41 caps, nor Monaco captain Eric Abidal, capped 67 times, feature in the squad or on the seven-man standby list.

There are eight players aged under 25 in the squad, including the Real Sociedad winger Antoine Griezmann, who made his international debut against the Netherlands in March

France have been drawn in Group E with Switzerland, Ecuador and Honduras.