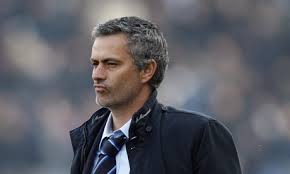 Chelsea's concerns are at the top of the table and they have played more games than rivals Manchester City and Liverpool.

A second successive away loss saw Jose Mourinho admit his hopes of a third Premier League title are over with six matches to go.

"We depend now too much. I don't think now we can win the league."