Manchester City could be without their first choice goalkeeper Ederson when they host Arsenal this weekend following a leg injury that was picked up during their recent defeat to Newcastle United.

Rafa Benitez's side stunned the Premier League by coming from behind to register all three points against the reigning champions, with Matt Ritchie scoring the decisive goal from the penalty spot in the 80th minute. 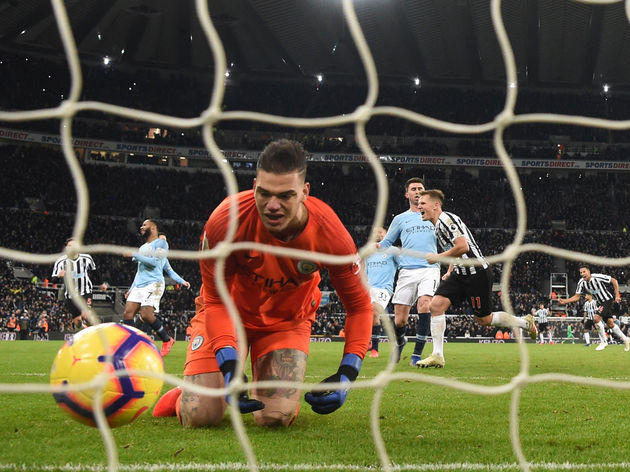 It wasn't just missing out on three points that Manchester Citywill be concerned about, however, as

Sunday's hosts have been tipped to start Kosovo international has started all five of Manchester City's Carabao Cup games this season, conceding just one goal to Leicester's

Guardiola will be concerned as, despite the difference in league position between his side and Arsenal, the Gunners do have one of the most feared attacks in the Premier League. Pierre-Emerick Aubameyang has scored 15 goals in the Premier League this season and is only behind Mohamed Salah in the race for the Golden Boot. His strike partner Alexandre Lacazette is one goal away from reaching double figures.