​Manchester City have offered no further response to invitations from UEFA for a public comment following the allegations of numerous Financial Fair Play breaches levelled at them by Der Spiegel last year, maintaining their stance that it would be moot seeing as they derive from "hacked or stolen" emails.

In a series of exposés, the German publication repeatedly alleged that the Manchester club had circumnavigated FFP regulations, using such nefarious tactics as beefing up the majority of their sponsorship revenue from Etihad and other state-owned companies with the personal money of owner Sheikh Mansour bin Zayed al-Nahyan. As reported by the ​Guardian, while the airline sponsors in question offered up their own statement of denial, declaring their "financial obligations … have always been … the sole liability and responsibility of Etihad Airways,” the football club have not been so willing.

When the club financial control body branch (CFCB) of European football's governing body wrote to the Citizens before Christmas to ask for a response, they refused to add to their initial public stance, and urged UEFA to join them in decrying the allegations, since some of their own emails were included in the leak.

City's only communication thus far has stated: “We will not be providing any comment on out of context materials purportedly hacked or stolen from City Football Group and ​Manchester City personnel and associated people.

“The attempt to damage the Club’s reputation is organised and clear. The club has always complied strictly with the laws and regulations in force and strongly denies the allegations published today.”

Clearly, they have not wavered from this stance. However, this refusal to comment is not a denial of the credibility of this information, and the discussion as to how to proceed is ongoing between UEFA and the CFCB.

So far, UEFA have not added to their initial declaration, which diplomatically pronounced: “We are assessing the situation. We have an independent body [the CFCB] working on it. Very soon you will have an answer on what will happen in this concrete case.”

The strongest possible punishment in such cases is understood to be an expulsion from the ​Champions League, though City have been previously investigated under such pretences (though not quite as in-depth) in May 2014, and were handed a range of mild sanctions. 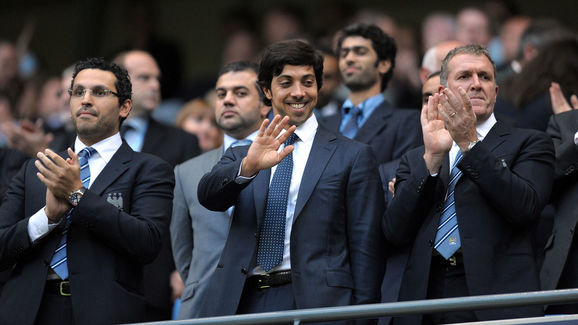 Though City claim the emails were "hacked or stolen", Der Spiegel have reiterated that their source for the allegations, an anonymous person based in Portugal labeled "John", did not hack or steal the internal emails as suggested, but merely obtained good sources.