​United sent scouts to monitor both Florentino and centre-back Ruben Dias in Benfica's 4-0 win over Braga, with the Red Devils thought to be preparing summer bids for both players.

However. according to ​Record, they will have to compete with ​City for Florentino, with manager Pep Guardiola said to have informed his scouts to keep a close eye on the 20-year-old over this season ahead of a potential bid next summer.

The report states that City see Florentino as a potential long-term replacement for ​Fernandinho, but the Citizens did just spend heavily on Rodri from ​Atletico Madrid during the summer, so it seems unlikely that they would already be looking for an alternative.

As a result, it could open the door for ​United. Both ​Nemanja Matic and ​Fred have been linked with moves away from Old Trafford, so there could be a vacancy for Florentino to fill, and the allure of guaranteed first-team football could help sway his decision.

He currently has a release clause of £91m, but Benfica could look to try raise that if he continues his impressive development. He remains under contract until 2024, so Benfica would likely demand that entire release clause to part ways with the starlet.

After breaking through into the senior side towards the end of last season, Florentino has established himself as one of Benfica's most important players. His combination of physicality and passing has made him a versatile weapon at the base of their midfield, and there are plenty of sides thought to be interested in him. 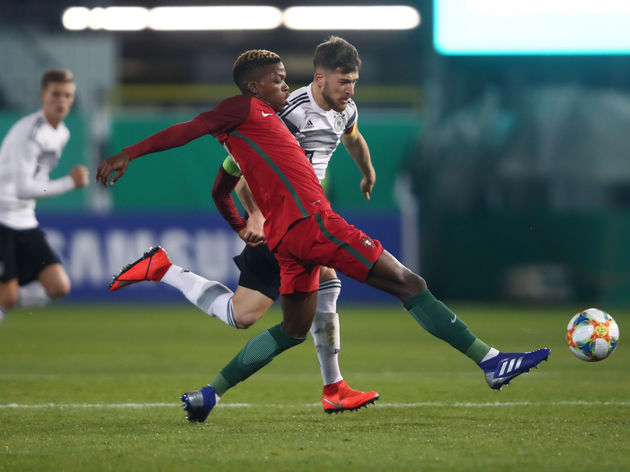 He has made 19 appearances for the first team and has even grabbed a goal and an assist - with that assist coming in front of United's scouts against Braga.

The Red Devils will undoubtedly have been impressed with what they saw from Florentino, so they must now decide whether they would be happy to spend such a substantial amount on the youngster.