​Manchester City winger Leroy Sane has described his side's 2-0 defeat at the hands of Chelsea as a wake-up call for the team.

Coming in to the fixture, City boasted an undefeated record in the Premier League and many had even suggested City could finish the entire campaign without tasting defeat. However, goals from N'Golo Kante and David Luiz ensured Maurizio Sarri's side took all three points and ended any talk of an unbeaten season for the Citizens.

FULL-TIME | Chelsea take this one as we suffer @premierleague defeat for the first time this season. Chins up - we'll come back stronger!

Speaking to ​Sky Sports, Sane insisted that ​City must use the defeat as proof that they cannot afford to be wasteful. He said:

"I think everyone could see again that at a high level it is really difficult and hard to play. I think this game was a little bit of a wake-up call, but we are still really hungry, everything is still really tight, and still kind of early. 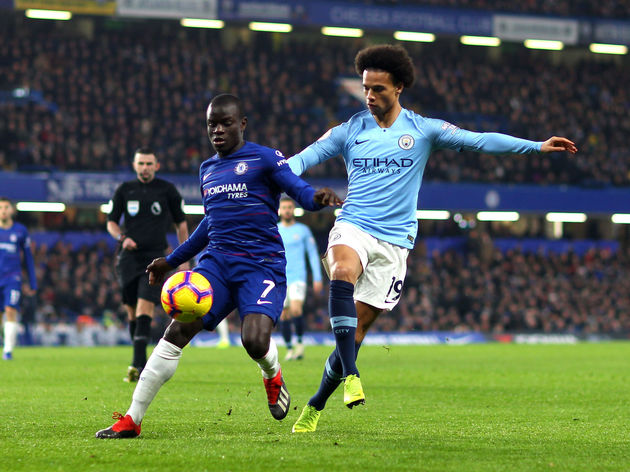 "I think sometimes we make some simple mistakes in our game, like simple passes when we are not really awake, or 100 per cent focused on the beginning, we can lose and miss goals.

"Those kind of things can sometimes create some difficult times, create chances for other teams and they get confident. We have to be more focused on our game, to use our chances also at the front, to create more hunger. I think we improved already a lot this season again."

Despite excelling in the ​Premier League last season, Sane was omitted from Germany's World Cup squad. The 22-year-old found himself out of Pep Guardiola's starting lineup in the early stages of this campaign, but has now played his way back into the team, racking up eight goals and nine assists in 21 appearances. Sane added he is keen to continue to improve, saying:

"For me, I don't care anymore and don't even think about it anymore, it is done.

"But I am happy about that, because I think everyone can just improve because you have to work hard to be kind of better than the other ones!