​Kevin de Bruyne's recovery from his most recent injury is progressing better than expected, with a return looking likely for City's Premier League double header with Watford and Chelsea in early December.

The Manchester City midfielder is yet to start in the league after picking up a second injury of the season against Fulham in the EFL Cup on November 1, having missed the previous seven games with a torn knee ligament, which was initially expected to keep him out until nearer Christmas. 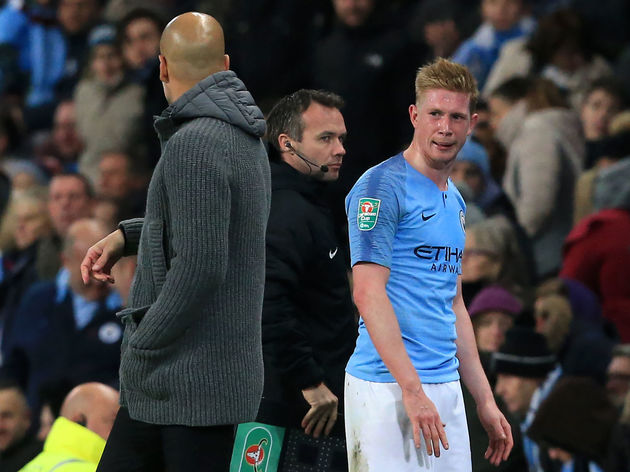 The early prognosis on ​De Bruyne's most recent injury was that it would keep him out for six weeks, but ​The Guardian now report that a return within four is more likely, and he is likely to be in contention to face Watford on December 4.

His rehabilitation is 'progressing smoothly' according to the report, and assuming there are no further complications, his return looks as if it's not as far away as first feared.

It's been a frustrating season for the midfielder, who came into the new campaign off the back of a successful third place finish with Belgium at the World Cup. Resulting fitness issues meant he was eased into the ​Manchester City team upon his return, and subsequent injuries have meant he has started just twice since - once in the Champions League against Shakhtar, and once against ​Fulham in the EFL Cup.

In his lengthy absence, however, City have managed just fine. Their convincing 3-1 victory in the ​Manchester Derby at the weekend put them two points clear of Liverpool, on 32 points, and very much on course for a fourth ​Premier League title.

It's expected that De Bruyne's eventual return will greatly aid their quest for domestic dominance, so the news that he is progressing ahead of schedule will come as welcoms news to the club, and supporters.