A collision with Everton centre-back Yerry Mina on Saturday brought the Belgian's afternoon to a premature end, the playmaker hobbling off in the 80th-minute of a 3-1 victory for the Sky Blues. However, he told reporters that he was feeling fine when walking through the post-match media zone. 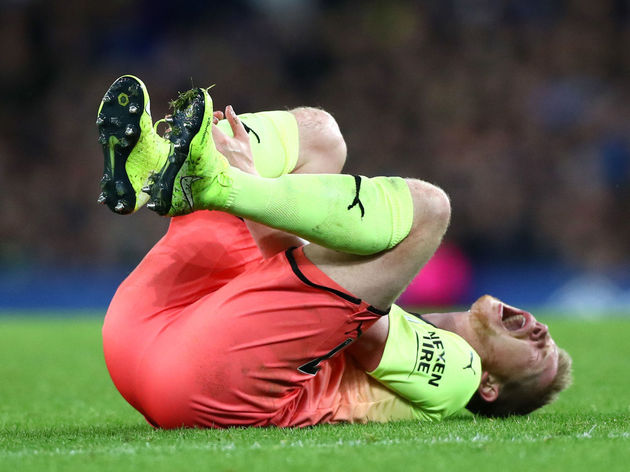 In his press conference ahead of the clash with Zagreb, Guardiola reported just three absentees, naming Leroy Sane, Aymeric Laporte and John Stones as the only squad members carrying injuries.

Nevertheless, ​Sky Sports report that De Bruyne was nowhere to be seen as ​City went through their paces at the start of the week, one day out from their first home ​Champions League game of the season.

The ​Premier League holders won their opening fixture in Group C following an efficient performance at the Metallist Stadium, Shakhtar Donetsk unable to cope as the visitors secured a 3-0 triumph. De Bruyne started that match in Ukraine, just as he did at Goodison Park on the weekend. The 28-year-old put in another dazzling display to help his side defeat the ​Toffees, grabbing his eighth assist of the campaign with a mesmerising ball to Gabriel Jesus.

That disappointment seems long behind him now though, with the former Chelsea star often stealing the headlines so far this season.