His Technical Proficiency Is Ideal for Pep's Style of Play The 25-year-old former Juventus and Valencia defender is meaning Cancelo can support the likes of
One key aspect of Cancelo's game last season was his never-say-die spirit, something which made him a fan-favourite at the
previously examples, and we are starting to see the same with was used by Juventus on the left-side of the backline on a number of occasions last season, which may help Pep solve his Benjamin Mendy problem.

The Frenchman has struggled with a multitude of injuries since arriving at the Etihad, and Cancelo's ability to fill in on the left will lighten the load on the ever-improving Oleksandr Zinchenko. His blistering pace, and ability with both feet, will undoubtedly have caught Pep's eye.

He Provides Pep With Incredible Strength in Depth Kyle Walker has impressed greatly since moving to City from Tottenham for £50m two years ago, but he has been called into question for his defensive positioning on occasions.

The England speedster chipped in with six assists last season, marauding forward to pen opposition full-backs deep into their own half. However, compared to Mendy, who contributed five assists in just ten appearances, Walker's numbers don't quite stack up.

Couple that with some iffy defending and decision making, and it's easy to see why Guardiola may have felt an upgrade was required. Cancelo may provide just that, but Walker's performance on the opening day of the season shows that he is focussed and wary of City's brand new star.

He Loves Getting Forward 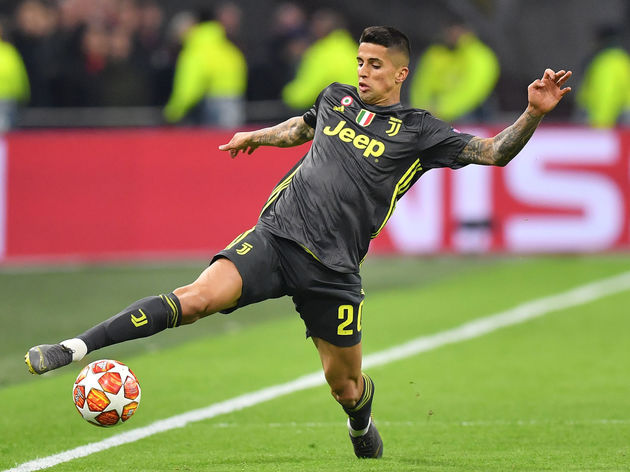 One of the key elements to Cancelo's game is the vast threat he poses going forward. He possesses an absolute abundance of attacking gifts - combining blistering pace, a superb first touch, calmness under pressure, the ability to use both feet and, crucially, a deadly delivery.

Walker, Danilo, Angelino and now Cancelo have arrived over the past couple of summers, with over £150m forked out to bring them to the Etihad.