Is Quadruple A Pipe Dream? Think About Wigan!

And let's not forget City were clear favourites for last May's FA Cup final, but lost to Wigan.

Pellegrini has never been to Wembley as a manager, but visited the National Stadium "three or four times". 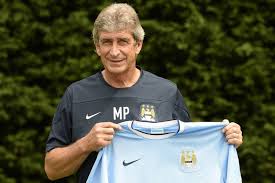 Manuel Pellegrini: "We have a lot of work to do. In the FA Cup we are just in the fourth round.

"In the Champions League we have a tough game against Barcelona.

"The Premier League's very close and it will still be close till the end between four or five teams.

"At the moment we are happy the way we are doing things. We must continue in the future the same way.

"Both teams would be difficult. Maybe everybody thinks Manchester United would be our rival in the final, but Sunderland has options."