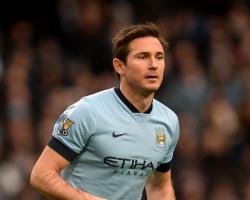 The former England midfielder showed no clear signs of injury but was withdrawn at an early stage of the 2-0 win at the Hazza Bin Zayed Stadium.

City were having a run-out against the German side as part of their five-day warm-weather training camp in the emirate of their owner Sheikh Mansour.

After an uneventful first half, City won with well-taken goals from Stevan Jovetic and Edin Dzeko after the break.

City fielded a mixture of first-team regulars, fringe players and Elite Development Squad members in their side.

City's squad are due to return to Manchester on Friday and face Middlesbrough in the fourth round of the FA Cup the following day.