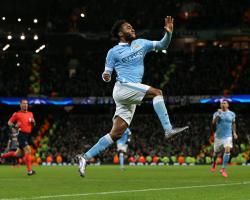 City knew that reinforcements were needed in order to challenge again next season.

Following ChelseaÃâs dominance, City responded by spending ÃÂ£126m on new arrivals to the Etihad Stadium at an average age of 21.6

The squad was revamped and bit part players such as Matija Nastasic, Karim Rekik and Alvaro Negredo were allowed to leave the club

Both Edin Dzeko and Stevan Jovetic left the club on loan as City looked to bolster their forward line.How have their recruits fared so far?

Thanks to his form with Wolfsburg and his performances in Manchester, he finished the year on 28 league assists

His best years are ahead of him and if he can pick up his away form, it will make ChelseaÃâs judgement to sell him look even sillier

Raheem Sterling made no secret of his desire to leave Anfield in search of Champions League football and City were the first club to pounce; splashing ÃÂ£50m to secure the wingerÃâs services

Sterling is one the most promising young English players and following the significant ÃÂ£5.1bn television deal, the transfer fee did not raise many eyebrows.

Despite being booed at almost every away ground this season, with a trip to Anfield still to come, the 21 year old has endured a mixed season so far at City

Ineffective displays have been followed by moments of brilliance

With Sterling still adapting to life at City, Aguero returning to full fitness, it is natural for Sterling to face struggles

There is plenty of time for the England international to make his mark at the Etihad and return to his best form.

Other than skipper Vincent Kompany, City have lacked a real leader in defence

In order for his move to be successful, Otamendi needs a stable partner in the shape of Kompany or another well performing centre back

If allowed the time to settle next to a consistent partner, Otamendi can be the answer to CityÃâs problems.

However, Delph has become one of CityÃâs most important players by adding stamina, work-rate and hard work in the CitizenÃâs midfield

The ÃÂ£8m price tag has proven to be a steal especially for an English midfielder with a vast amount of Premier League experience.

The key for Delph is consistency and if Pellegrini rewards his impressive form with a permanent spot in the starting eleven, the 25 year old should set his sights on landing a ticket to France for Euro 2016

Roberts was signed for a ÃÂ£5m initial fee which could potential rise to ÃÂ£11m.

However, opportunities have been limited in a blue shirt and the youngster has just three substitute appearances since his summer move

Rumours have surfaced regarding interest from Bournemouth and a loan move is probably the best move.

He has simply not played enough to judge