Have City Condemned Mackems To Relegation?

The Wembley defeat can hit the Sunderland players in one of two ways - spur them on, or knock the stuffing out of them.

Gus Poyet: “I wanted to see my team on the pitch, and I saw my team today. I’m very proud.

“I didn’t want any mistakes or presents to the opposition, any bad decisions, sending offs or own goals, and we didn’t. We had the best shot that we had, and tried our best.

“For 45 minutes, we were more than decent. But then if you tell that Yaya Toure is going to score from 30 yards into the top corner, maybe I will tell you that in the next game we will have to play with two goalkeepers. 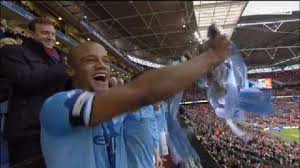 “Analysing the football side, I don’t think we could have done better. We tried our best. We had a chance to score a second goal, and another day, we would have got a free-kick for the foul on Seb Larsson before they scored their first. But at the end of the day, quality decided the game with two absolute wonder finishes.

“It is my responsibility to use this the right way. As you know, I don’t like any excuses and I’m not going to allow any of the players to have an excuse for what happens in the future because we lost today. No chance. How difficult it will be, we will see.

“Maybe being in the cup next week will help because it will give us a little bit more time ahead of the next (league) game with Crystal Palace. We will make that even bigger now because that is a game that we have to win for sure.

“It is easy to say that we have to move on, but I need to see who takes those words and shows me they are okay. Do I know how Jozy is going to react this week after I made the decision to leave him out of the squad?

“No, I don’t know. But my job now is to find out. I need to make sure that the players that play next week are in the right mental condition.

“Physically, I don’t think we will have any problems. It is never nice when you are on the losing side in a game like this, I hate it. But we need to move on.”