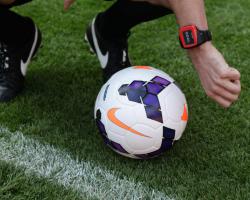 UEFA's executive committee met on Friday at the governing body's headquarters in Nyon, Switzerland where it was decided the technology should be used for the showpiece matches, which will be played in Milan on May 28 and in Basle on May 18 respectively.

At that time UEFA also said it would look at the feasibility of introducing goal-line technology from the group stage of the Europa League starting in 2017-18.