​Gabriel Jesus has said that his friendly rivalry with Sergio Ag

Both Jesus and Ag However, ​Jesus claims playing understudy to

As quoted by the ​Mirror, Jesus said:

“I have to learn from him because he’s a legend. Every game he scores. I want to score every game but I think it is different, me and Sergio. “I’m 22 years old, I have to improve my football, practise my finishing and I have to learn from Sergio."

The Argentinian striker has consistently topped ​City's scoring charts for the past eight consecutive seasons.

We had to find a path back to victory - through teamwork and confidence in our game, we made it happen. And grats to @gabrieljesus33 for his 50th goal for @mancity! 蘭 pic.twitter.com/3XpyIrUp9Y

Jesus meanwhile has five goals this season, although he has played 200 fewer minutes than his teammate.

Despite the fierce competition for a starting place between the pair, and the fact that they compete for rival national teams, Jesus insists he and 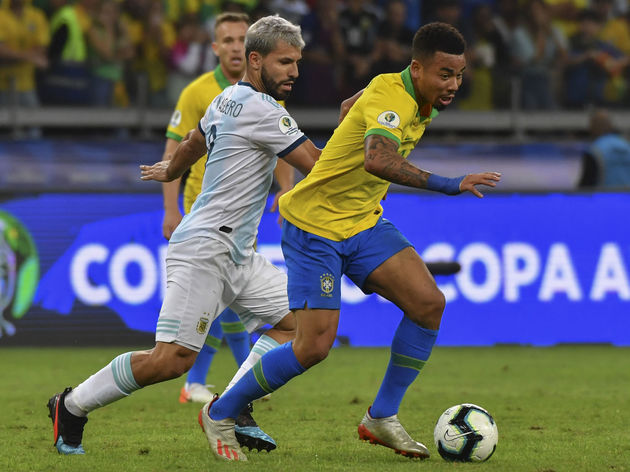 “It’s the same with Nico [Otamendi]. When we play against Argentina it’s very different, but it’s a very good relationship.”

The Brazilian, who has played there for his national team, may need to become accustomed to life as a winger if he is to start regularly for City, especially with Leroy Sane out until at least December following surgery.