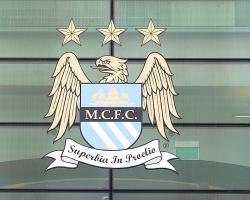 City are contesting UEFA's settlement offer of sanctions which would entail a Â£49million (60million euro) fine, a cut in the size of their Champions League A squad next season to 21 and a freeze on that squad's wage bill.

Ed Thompson, a financial analyst who runs the financialfairplay.co.uk website, believes the club only failed to comply with the rules because they were unable to write off up to ?80million of wages earned by players signed before the FFP rules were announced in 2010

The club have until the end of the week to reach an agreement or the case will go to a non-negotiable decision by a panel next week.

Of the nine European clubs - also including Paris St Germain - facing FFP sanctions, it is understood City are the furthest away from reaching a settlement.

City had been expressing confidence up until March that they would be able to comply with the rules and had hired consultants to ensure that was the case.

Thompson said: "If they have been unable to write off those wages, that would explain why City are so unhappy about these sanctions, as it's basically on a technicality."

Under UEFA's complicated FFP calculations system, that wages write-off is only allowed if the club's deficit is lower than those wages, and Thompson believes City were unable to convince UEFA that was the case.

The analyst has also questioned whether a number of "balancing items" in Manchester City's accounts were accepted by UEFA's FFP officials.

These included the club effectively paying themselves Â£22.45million in fees for their ladies' teams and new franchises in Melbourne and New York using their brand, intellectual property rights and sharing their scouting network.

City also reported income of Â£24.5million in selling image rights to an unnamed company in their latest annual accounts.

Thompson added: "It may be that one of these balancing items was not accepted by UEFA, which had a knock-on effect of not allowing the club to write off the Â£80million wages, which meant that they had then breached FFP to the same scale as Paris St Germain."

There is also a question mark over City's Etihad sponsorship deal - worth between Â£35million and Â£40million a year - and whether UEFA regards that as being of fair market value as it is with a party related to the club's owners.

It is almost certainly less significant than PSG's 200million euros annual deal with the Qatar Tourism Authority, which reports in France say UEFA has valued as being worth only half the sum, causing the Ligue 1 club to be in breach of FFP rules.

Meanwhile, UEFA sources said there has been no decision yet on whether money for the fines would be taken from prize money or levied directly on the club, but that it would not count against a club for future FFP calculations.