City continue to invest in youth 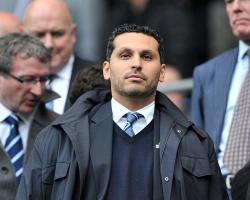 City will only be permitted a 21-man European squad rather than the usual 25 as part of UEFA's sanctions for breaching financial fair play rules.

UEFA sources had indicated last week that City would still need to have eight home-grown players in the reduced squad, but the club are understood to believe they only need to name five and are actively working on that basis.

That has had a significant impact on Manuel Pellegrini's plans for the transfer market for the summer - as part of the UEFA FFP settlement City have guaranteed to limit their net transfer spending to ?49million.

It means there will now be less emphasis on signing home-grown players or keeping those players such as James Milner, who has been linked with a move.

UEFA would not confirm the exact rule on home-grown players for the 21-man squad however.

A UEFA spokesman said: "UEFA is not in a position to make any further comment relating to individual settlement agreements at this time."

He told the club's website: "This year, we will break even

Next year, we will go into profitability

"We have zero debts, We don't pay a penny to service any debts

For me, that is a sustainable model

However, our friends in UEFA seem to believe otherwise

They have their view, we have ours.

"I disagree with their views but we are pragmatic and one thing our fans need to know, we will do, as always, what is best for this club

Khaldoon pointed out that six years ago the club was saddled with debt, had a poor infrastructure and had difficulties attracting talented players.

He added: "Over six years, step by step, we have invested in this club

We have invested in the stadium, in the best youth facilities in Europe.

"This has been a strategy

We have invested in top players around the world, good players, talented players, good people.

"We went from an investment strategy that was targeting six years of heavy investment in building up this ethos, this infrastructure to get us where we are today."