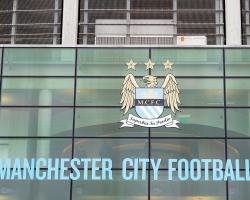 City are believed to be the only one among the nine clubs facing action - Paris Saint Germain are among the others - who failed to reach an agreement with UEFA over the sanctions put forward by the European body's club financial control board (CFCB).

The Manchester club's proposed sanction is understood to be for a 60 million euro (?49.3million) fine over three years, as well as having the size of next season's Champions League squad being cut from 25 to 21 - including eight home-grown players, and a wage freeze on that squad

There would also be some restrictions in the number of new players being able to be registered for the European squad.

That negotiating period is now over and club officials have until Monday to decide whether to take or leave the offer - with the Abu Dhabi owners expected to have the final say.

Rejecting the offer would see City's case go to an adjudicatory panel which would issue a non-negotiable punishment, though it could be challenged in the Court of Arbitration for Sport.

The CFCB is expected to have been open to some minor movement on the initial settlement offer of sanctions, but not to an extent which persuaded City to take the view of the other eight clubs that it was better to accept what was on the table than risk having a stiffer punishment imposed.

Negotiations have now come to an end, so City executives will have to decide over the weekend on their next move.

The timing is not ideal for City, who are building up to a likely second Barclays Premier League title triumph in three years if they achieve at least a draw against West Ham at the Etihad on Sunday.

The deadline of Monday also clashes with plans for an open-top bus victory parade if the league title is secured.