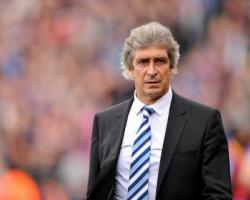 The club have until the end of the week to agree to the sanctions or face the case being handed to a panel for a non-negotiable decision.

City are one of nine European clubs, also including Paris St-Germain who are being dealt with for rule breaches, and it is understood they are one of those furthest away from reaching an agreement.

The initial settlement offer made to City included financial restrictions on their Champions League squad for next season, and possibly a cut in the size of the squad, as well as a heavy fine.

The risk, however, is that if they are unable to agree a deal with UEFA then they could face even stiffer sanctions from UEFA's club financial control board's adjudicatory panel.

No club is expected to be excluded from the Champions League for breaching the spending limits, the maximum possible sanction.

Both Manchester City and Paris St-Germain are believed to have fallen foul of the FFP rules with sponsorship deals related to each clubs' owners.

Abu Dhabi-owned City have a ?40million-a-year deal with Etihad Airways, while Qatar-owned PSG have a back-dated deal with the Qatar Tourist Authority which is worth up to 200 million euro (?165million) a year.

Wenger said: "There are rules to apply for the financial fair play

If you don't respect them, you have to apply the rules.

"One of the rules is that normally you should be banned for the excess of the financial amount that is not justified, that is if you are ?100million overboard, you should be punished for ?100million of your wages bill in the Champions League."