​Bayern Munich have opened negotiations with Manchester City winger Leroy Sane, with a view to agreeing terms for a summer transfer.

The 23-year-old's future has been the subject of serious debate in recent months, as Sane started just five of City's last 14 league matches. 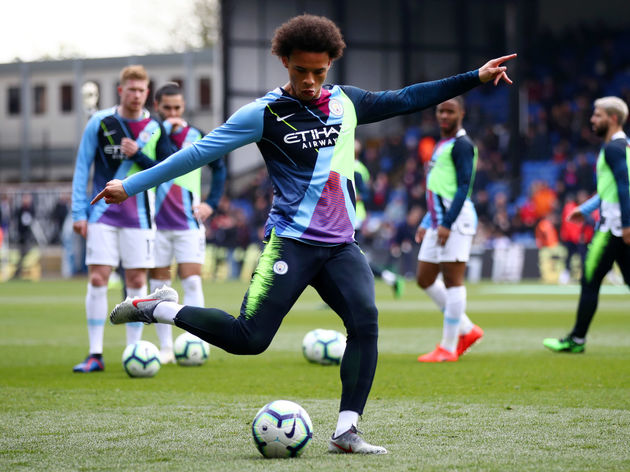 Many feel as though Pep Guardiola has lost faith in Sane, and the ​Daily Record's Duncan Castles reports that ​City have given ​Bayern permission to speak with the German to try and finalise a deal.

Club officials do not want to lose Sane, but they have grown increasingly concerned that he is planning to walk away for free when his contract expires in 2021. He is said to have rejected a number of extensions at the club, and City want to avoid watching his transfer fee plummet as he nears the end of his deal.

Not only have the two parties failed to agree on financial terms for a contract extension, but Sane is thought to be incredibly unhappy with his current role in the team. He has clashed with Guardiola over this issue on a number of occasions, and is now open to leaving the club in search of more game time.

Bayern missed out on Sane when he left ​Schalke in 2016, but still remain interested in the winger, and they want him to become a vital part of their squad overhaul this summer.

Both Franck Ribery and Arjen Robben will leave the club at the end of the season, so Bayern are on the lookout for exciting young talents who can star on the wings for the next decade. Alongside ​Chelsea's Callum Hudson-Odoi, they see Sane as the perfect candidate.

They had also been pursuing Lille star Nicolas Pepe and even submitted an offer of €60m to sign the Ivorian. However, the French side demanded a fee closer to €80m, forcing Bayern to look elsewhere.

The ​Bundesliga giants were thought to be leading the race for Pepe, but their refusal to meet Lille's asking price has potentially opened the door to ​Manchester United, who have contacted the Ligue 1 side to try negotiate a deal.