Atalanta: Why La Dea Could Be the Surprise Package in This Seasons Champions League

For the first time in their 111 year history, Atalanta will be competing in the Champions League. How did this happen? How did a provincial club in a sleepy city 25 miles away from Milan get to this stage?

​It's important to understand what kind of club Atalanta were prior to 2016. They could perhaps be best described as the Italian Crystal Palace. Mid-table, unremarkable (no disrespect to Palace) and never going to trouble the European places. There was also the feeling that a relegation back to the second tier was bound to happen at some point – although their academy has seen a number of excellent players come through over the years. Enter Gian Piero Gasperini. It seemed like a bit of a sideways step when Gasperini moved from Genoa to Atalanta in the summer of 2016. He had done well at I Rossoblu and it was a quality appointment from La Dea. But no one expected what would come next.

Gasperini's reign started poorly, with four losses in his first five games. In October, however, a switch flipped. They beat Crotone, then the likes of ​Napoli, ​Inter, Roma and found themselves in a Europa League place by Christmas.

People thought that their form would dip eventually. It didn't. They just kept winning and winning and ended the season in fourth place, their highest finish since 1932, securing Europa League football. Stars emerged in Franck Kessie, Alejandro 'Papu' Gomez and Mattia Caldara. They couldn't repeat their exploits the following season but still finished in a more than credible seventh. Atalanta did enjoy a good campaign in Europe though, topping their group and beating the likes of Lyon and ​Everton before narrowly losing on aggregate to ​Borussia Dortmund in the round of 32.

By this time, Atalanta had developed a reputation for being the kind of side that took big scalps, always surpassed expectations and played nice football in the process. Though some key players left, the results always remained consistent.

They would continue to take big scalps in 2018/19. Dispatching the likes of Inter, Lazio and Napoli while also earning a credible draw away at ​Juventus, La Dea went on a spectacular winning run between March and May, going unbeaten in their last thirteen games and scoring the most goals in Serie A to finish in a record third place and qualify for the ​Champions League. It was the greatest achievement in the history of the club and Atalanta suddenly became the team everyone was talking about. It was achieved by a journeyman manager, and a band of misfits which included former ​Aston Villa flop Pierluigi Gollini, former ​Middlesborough midfielder Marten de Roon, Josip Illicic, Alejandro Gomez and of course Duvan Zapata, who scored 23 goals in 37 appearances (more than his previous two seasons combined).

All the attention turned to the group stage draw. Atalanta were in Pot 4, of course. They had the possibility of facing ​Barcelona, ​Bayern Munich and the reigning champions ​Liverpool.

The draw came and La Dea couldn't have hoped for much better. ​Manchester City will be a difficult, sure, but they'd fancy their chances against Shakhtar and Dinamo Zagreb. It's a group they can easily get out of. 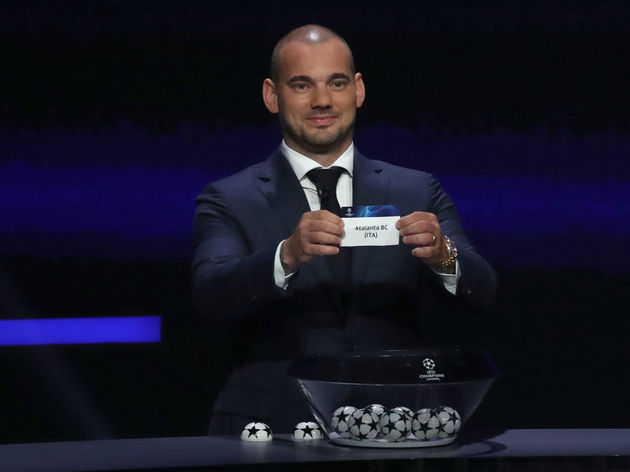 Something that the big Italian clubs should be now figuring out is not to underestimate Atalanta. They will punish your complacency. Attitudes like 'We have better players than them' and 'Form is temporary, class is permanent' won't get you anywhere. If their Champions League opponents do this, they will beat you. That includes Manchester City.

Atalanta should take inspiration from Malaga's spectacular Champions League run during the 2012-13 season. Malaga, a club in similar size to La Dea's, finished their Champions League group unbeaten and in first place, above the likes of ​Milan and Zenit St. Petersburg. If one thing's certain, Atalanta won't be fazed by the Champions League and will have the belief they can get a good result against any club. There's no reason why they can't progress to the quarter-finals, taking more big scalps, and continuing this wonderful fairytale. Underestimate Atalanta at your peril.