Former Manchester City midfielder Yaya Toure has announced his retirement from football, with a view to concentrating on a career in coaching.

Toure joined Man City from Barcelona in 2010 for £27m and went on to make 316 appearances for the Citizens, scoring 79 goals and providing 50 assists on the way to winning three Premier League titles, three League Cups and one FA Cup.

Yaya Toure @YayaToure ended his playing career. Next up is a career in coaching.

After leaving City last summer following the summation of his contract, Yaya penned a deal with Olympiacos - the side he represented for a season before joining Monaco back in 2006 - in September, only to depart the club in December after appearing just five times.

Now, his agent Dimity Seluk has confirmed via Twitter that the Ivorian has hung up his boots, in favour of pursuing a coaching career. In a short tweet, Seluk said: "Yaya Toure (@YayaToure) ended his playing career. Next up is a career in coaching."

During his time at Barça, Toure made 118 appearances, collecting six goals and eight assists, winning five major honours including the Champions League, La Liga and the Copa del Rey. 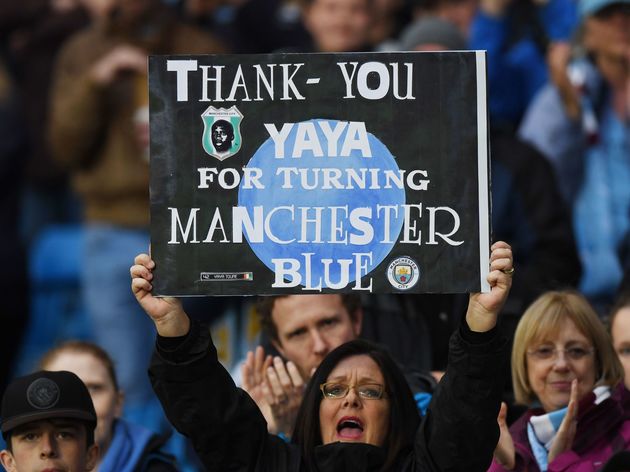 Despite this trophy-laden spell, it is in Manchester where he will be best remembered, forming a formidable core alongside ​Vincent Kompany, Sergio Aguero and David Silva.

And it is clear that this love has endured, considering his most recent ​tweets congratulating Kompany on his sensational strike against Leicester, as well as Man City Women on their FA Cup triumph.

The player himself has yet to comment on his agent's statement, but his inability to secure a deal since his Greek swansong means it's unlikely he will step onto the field again.