The State of Man City: An Overview of the Club's Prospects as Football Takes a Break

Right now, football feels like the least important thing in the world.

The (necessary) enforced break from it all already feels like it's lasted decades, leading self-isolating football fans worldwide ​to re-download Championship Manager or break out PES 6 Master League.

Nevertheless, there's still plenty of football to talk about. The break will surely give time for managers and players (like, say, Pep Guardiola) to reflect on the season. What's gone wrong, what's gone right, what can they improve and how they can improve it.

With this in mind, here's a look at how Manchester City's season has gone so far, how it could potentially go should the season continue, and what the long-term future holds for the club. Given that ​City's title chances have long been over and the fact that their place in the ​Champions League places is effectively already sealed (although this might not matter should ​their appeal to have their UEFA club competition ban lifted fails), it almost feels like Guardiola's side have been playing on autopilot in the league as of late.

The Citizens have lost two out of their last five league matches against a severely out-of-form ​Tottenham and a ​Manchester United side who they've now lost to twice to this season. Now 25 points behind the formidable ​Liverpool, all City can hope for is to finish their season in a dignified fashion.

They're still in the FA Cup, with their quarter-final clash against ​Newcastle United set for the 21st March being postponed. Liverpool are out of that competition and with the likes of ​Leicester, ​Chelsea, ​Arsenal and Manchester United still in it, they'll fancy themselves to go all the way.

City are still unbeaten in the Champions League, and got two crucial away goals in a 2-1 win over ​Real Madrid at the ​he was ruled out for a month with a hamstring injury at the​ end of February. Should Manchester City's 2019/20 fixtures be fulfilled at some point, here is a prediction of how their final ten games will turn out, how many total points they'll accumulate and where they'll end up in the league table.

Bar the games against Liverpool and Chelsea, it wouldn't be unfair to suggest that Manchester City have a relatively easy end-of-season run-in, facing four out of the six teams currently battling for survive relegation. This provides Pep Guardiola's side with an excellent opportunity to make up ground on Liverpool and finish the season on a high. This also means they can better focus on the cup competitions. Given their first leg away win in the round of 16 against ​Real Madrid, they'll feel confident about making it to the quarter-finals of the Champions League at least, though Guardiola will be hoping that his side can make it a little further than that.

In terms of the FA Cup, they next face Newcastle United in the quarter-finals and they'll be going into that fixture almost expecting a win. With Liverpool out of the competition, City are the firm favourites and the notoriously demanding Guardiola will expect nothing less than his side lifting the trophy. Come the start of next season, ​is still keen on a move to the Allianz Arena In recent weeks, the Citizens have been linked with Lyon midfielder Houssem Aouar​ Inter​Lautaro Martinez

Meanwhile, ​Riyad Mahrez could be departing the Etihad for Paris Saint-Germain. The Algerian winger has never really played consistently for City since his arrival from Leicester City back in 2018 and could be tempted by the offer of a return to the country in which he grew up. 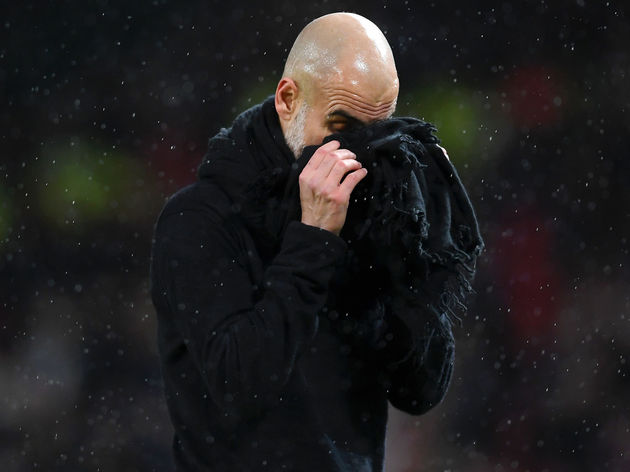 Never before has Manchester City's future been so uncertain.

But let's say, theoretically, that their appeal is successful. The aim then should be to return to ​Premier League supremacy and to begin to mount a real challenge for the Champions League trophy.