Sergio Aguero believes Manchester City are the only team capable of preventing themselves from retaining the Premier League title this season.

Pep Guardiola's side won the title with a record number of points, goals and wins last season, and they are on course to replicate that this season, having dropped only four points from their first 12 matches. 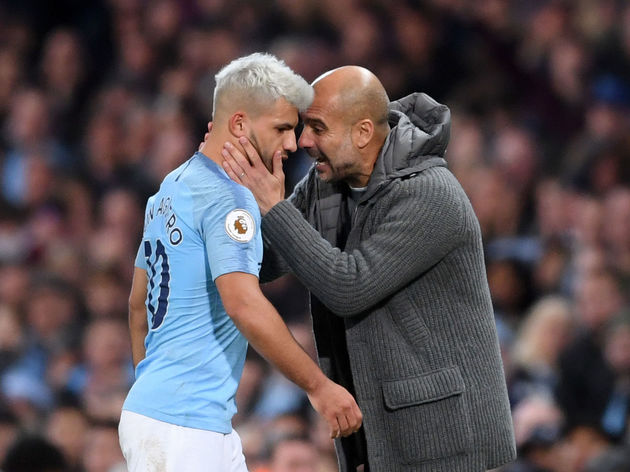 ​Liverpool, ​Chelsea and ​Tottenham are all within five points of ​City, but ​Aguero believes none of them will be able to keep up the pace if his team play to their best on a weekly basis.

"I think the Premier League is going to be more complicated this season than last," Aguero admitted, quoted by ​the Mirror.

"I think Liverpool and Chelsea are our main threats, without forgetting ​Arsenal, as they have been playing really well recently.

"It’s very difficult to win the Premier League again, but I think we have a good team. We are on top of the table and we have the desire to achieve that [back-to-back titles].

No team has retained the Premier League title since Manchester United won it three times in a row between 2007 and 2009. City have won three of the nine titles since then. They visit West Ham on Saturday looking to extend their winning run to eight in all competitions.