​Former Manchester City & Aston Villa defender Richard Dunne has outlined where he thinks his former side be stronger than their Manchester rivals ahead of Sunday's derby.

The Irishman made 253 Premier League appearances for the Citizens over nine storied years at the club, in a career which spanned 19 years. 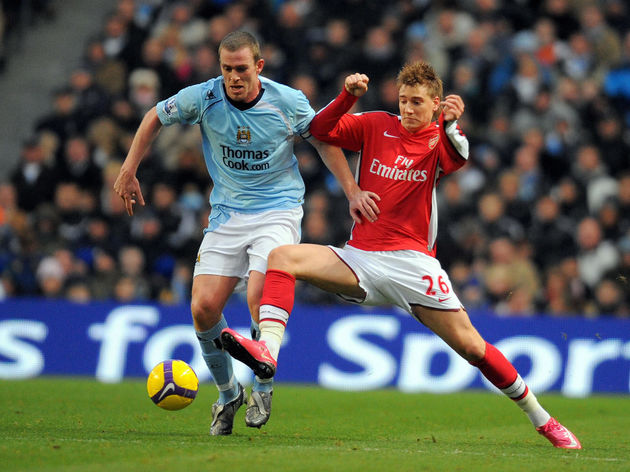 Speaking exclusively to 888sport, Dunne explained the areas where he thinks City are stronger than their cross-town rivals, starting with the running of the clubs themselves – saying: “When you look at how ​Manchester City are run all of the decisions, all the way up, are made by footballing people; people who understand the game and have been involved in football for a long time and know all about the coaches needs and the player’s needs.

"Whereas at United it’s businessmen all the way up who are qualified in other areas but with no understanding of actual football. This is why they fail in terms of transfer negotiations and the structure of the club. They don’t understand that it’s not just about the first team and the here and now."

The 39-year-old then moved on to the teams' contrasting defensive rearguards. On ​John Stones and Aymeric Laporte, Dunne gushed: "They don’t seem to be in positions to need last-ditch tackles. Instead they read the game really well.

“The understanding that they’ve got could make this a long-standing partnership and certainly the most successful in Premier League history.” However, when speaking on ​United's defensive situation, he mused: " Since the days of [Rio] Ferdinand and [Nemanja] Vidic United have struggled to get a settled two and I’m sure as soon as Mourinho has the opportunity he will change the two he has now for different ones.

"At the moment he has [Victor] Lindelof and [Chris] Smalling but they don’t inspire confidence throughout the team and as soon as that transfer window opens I’m sure they will be out looking for centre-backs again.”

Having only retired three years ago, Dunne has experience in facing both ​Sergio Aguero and Romelu Lukaku, and was in no doubt about who he deemed the tougher opponent: “I know straight-up that the hardest opponent is Aguero. "He is physically strong, he’s sharp, he can shoot from any distance and his movement is brilliant. The goals that he has scored tells you everything you need to know about him and without doubt he’s one of the best Premier League strikers of all time.”

Read the full 888sport interview, including Dunne's thoughts on how the Champions League will not define Pep Guardiola’s success.