​Raheem Sterling has a strained hamstring, making him the 13th member of Manchester City's squad to spend time on the sidelines in 2019/20.

It's an unlucky number for some people, and Pep Guardiola is among them, having seen his team hampered by injuries this campaign, their title-defence falling apart before we'd even reached Christmas. Pep has ​admitted he'd doesn't know how long he'll be without Sterling's services. Fortunately for the Catalan, many of the fallen men have now returned to fitness, though their collective absence has already taken its toll on the side.

Here, 90min assesses seven key injuries and the affect they had on ​City's season. 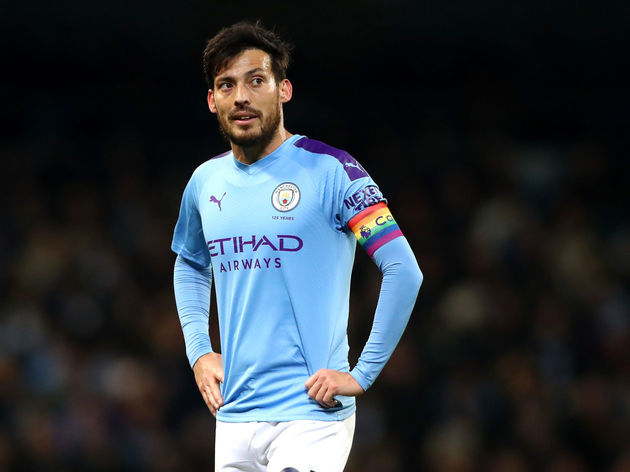 David Silva has been a wonderful servant for Manchester City, but his powers have been waning for well over a year.

The Spaniard is still capable of pulling off the sublime. However, the 34-year-old's ageing legs cannot keep up with the high tempo Guardiola demands as well as they used to.

Pep's recruits won four of the five games they played without Silva, including convincing victories over ​Arsenal and ​Leicester City. They were slick and stylish as they experimented with a new formation, which has no place for El Mago.

This all suggests he has chosen the right time to end his Citizens career, with the midfielder joining David Beckham's Inter Miami next summer. Gabriel Jesus, Kevin De Bruyne and Sterling came to the fore when City lost their talismanic striker for several weeks over the autumn. In isolation, Oleksandr Zinchenko's knee injury wasn't too problematic for Guardiola to deal with. Of course, this has to be taken in a wider context, with the fitness struggles of fellow left-back Benjamin Mendy forcing Pep into an uncomfortable position.

The manager was left with academy graduate João Cancelo

Angeliño has ​since been shipped out on loan to ​Bundesliga side RB Leipzig, highlighting Guardiola's disappointment. He requires top-class delivery from the full-backs if his game-plan is to be executed properly. We've already touched on Mendy's injury issues this term, the Frenchman's dodgy knees continuing to haunt him, having missed a total of 85 matches across his first two seasons at the Etihad Stadium due to ligament damage.

Angeliño was never the answer to Guardiola's problems on the left side of defence. Mendy and Zinchenko can both do what the coach demands, but the man they resigned from PSV Eindhoven cannot.

Being deprived of his two first-choice left-backs for the seismic clash with ​Liverpool in November was cruel, but it probably wouldn't have made a difference as the Reds romped to a glorious 3-1 triumph at Anfield. If City had purchased a centre-back or two in the summer, John Stones' injury would've been a minor issue.

The Englishman's form has underwhelmed Sky Blues supporters for several seasons, but the team needed bodies in the heart of defence following Vincent Kompany's departure at the end of 2018/19.

That was before Aymeric Laporte was ruled out for four months, which only deepened City's woes and left serious questions over their lack of investment at the back. 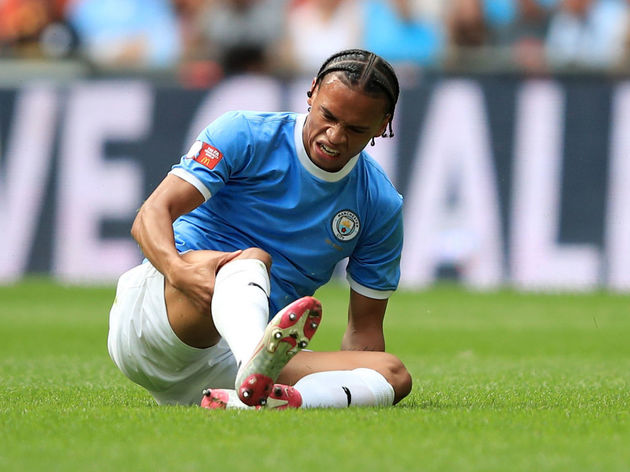 Leroy Sané offers what no other Manchester City player can. They were always going to suffer without his services, the German's last appearance coming in August's Community Shield, when he tore his anterior cruciate ligament.

His blistering pace and pinpoint crossing have made him a menace in the ​Premier League, and the Sky Blues have desperately missed the 24-year-old's presence.

Riyad Mahrez and Sterling are quick, but they're not at the insane levels of The title race wouldn't be dead in the water if Laporte had been around. Liverpool would still hold a lead over City, but the champions wouldn't have produced so many wayward displays.