Sunday afternoon's contest between ​Liverpool and Manchester City ended with a resounding 3-1 win for the home side, as they eased past their visitors to take a nine-point lead in the Premier League title race.

Goals from Fabinho, Mohamed Salah and Sadio Mane were enough to clinch all three points for Jurgen Klopp's side, despite a late consolation goal from Bernardo Silva.

With VAR hogging the spotlight in recent weeks, one would bet their mortgage on there being a controversial decision involving it come the end of the game. That contentious moment came within five minutes, after the ball struck Trent Alexander-Arnold's arm in the Liverpool penalty area - only for Fabinho to open the scoring at the other end 22 seconds later.

The Premier League have released a statement about that first #LFC goal:

"The VAR checked the penalty appeal for handball against Trent Alexander-Arnold and confirmed the on-field decision that it did not meet the considerations for a deliberate handball."

As per ​Ian Doyle, Premier League officials deemed the on-field decision correct as the incident "did not meet the considerations for a deliberate handball". ​FA

During an interview with Sky Sports following the game, Alexander-Arnold admitted the ball "hit

Guardiola, however, was not as understanding - per Ian Doyle of the Liverpool Echo: "Tomorrow we will go to a UEFA meeting for manager training and we will discuss these things. 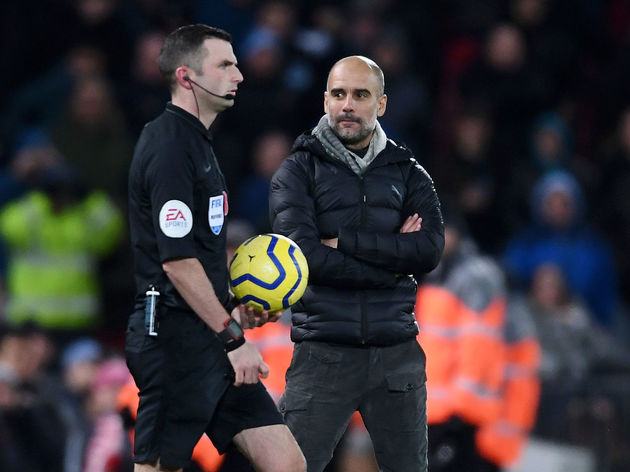 ​Manchester City will have time to recuperate during the international break before returning to Premier League action against ​Chelsea at the Etihad Stadium before a Champions League clash against Shaktar Donetsk.