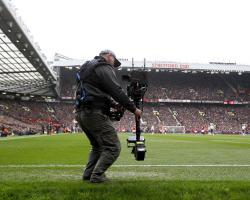 Manchester City, who succeeded United as champions on Sunday with a second title in three years, earned Â£96.5m, with second-placed Liverpool the top earners with Â£97.5m as a consequence of more of their games being screened live by broadcasters.

Manuel Pellegrini's men did not top the league, though, as they appeared in 25 games broadcast in the UK by either Sky Sports or BT Sport, compared to Liverpool's 28.

Third-placed Chelsea, United and Arsenal also appeared in 25 live televised games and Cardiff were one of eight teams to appear in 10 live matches.

The Welshmen, who returned to the Championship after one season in the top-flight, received over Â£22m more than QPR did in finishing last in the 2012/13 season.