Phil Foden: Why Man Citys Young Star Was Wrong to Commit His Long-Term Future to the Club

​Phil Foden was rewarded for his astronomical potential on Monday with a new and improved contract that is set to keep him in Manchester until 2024.

Being born at the turn of the millennium, it takes only a simple mental arithmetic to discover that would make him 24 years old at the summation of this deal, assuming the usual June expiry date. Six years. That's a long time in football. Think back to 2012, and the wonderkids of that generation, and how it's panned out for them. Indeed, present in England's Euro's squad for that very year were a doe-eyed 18-year-old Alex Oxlade-Chamberlain and a slightly surlier 21-year-old Jordan Henderson - two relative success stories of the English development system, give or take.

But, alongside those, there was the less realised promise of Phil Jones (maybe a bit harsh, but he's definitely not what we thought he was back then) and Martin Kelly (yeh, exactly, remember him?).

And it's not just English talent that was squandered in 2012 - that was the same summer that Chelsea signed the 34th recipient of the 'Next Messi' moniker, Marko Marin. He's 29 now, floating in and out of the Red Star Belgrade starting XI. I could go on.

It goes without saying that football is littered with wasted talents. Prodigies lost and careers stunted. Of course, all of that is not necessarily to say that they were curtailed because of a signature on a six-year deal with big clubs. 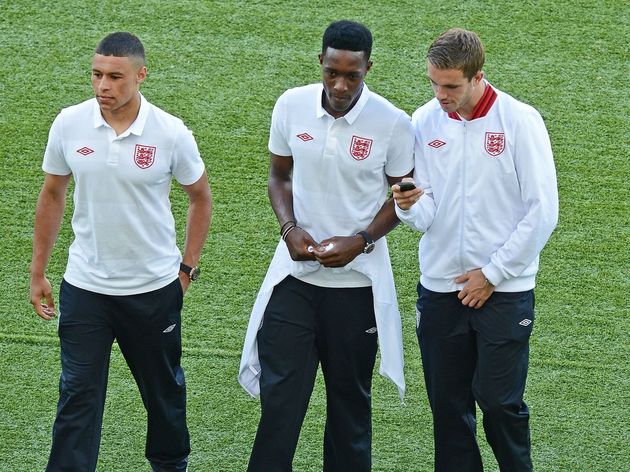 But it is to say that Foden has placed a lot of faith in Manchester City, a level of faith that they have not yet proved they warrant since their Abu Dhabi coopting. Obviously, Jadon Sancho is the nearest, and greatest example of this.

And it wasn't that the Citizens didn't show their faith in Sancho, they did - offering him the same amount of remuneration (£30,000-a-week) that Foden is now set to receive - he just didn't believe in it.

For whatever reason, though we can speculate it was the club's track record in the developmental department, their financial disposition and the wealth of talent already on their roster, Sancho chose to forge his own path away from the feet of Pep Guardiola.

Chelsea have the majority of players, but some unexpected results! 廊 pic.twitter.com/I8vvWylDcc

And, if you follow even the most rudimentary machinations of football, you'll know his subsequent time at Borussia Dortmund has been a wholehearted success.

Again, that is not to say that leaving ​Manchester City is unquestionably the right decision for Foden, nor that he would be guaranteed the same levels of success - if you're looking for those in life, you'll be there for a while, and eventually come up short.

BUT. Having seen the progression of Mason Mount at Derby (rewarded with an England squad call up), Jadon at Dortmund and Ryan Sessegnon at Fulham juxtaposed with the thwarting of ​Ruben Loftus-Cheek at Chelsea (a player way further down the line than Foden, and in an inferior squad), he will know the odds are stacked firmly against him. Even the example of the aforementioned Oxlade-Chamberlain may prove advisory. Though the tactical limitations evidently present at Arsenal at that time do not ring true at City now, players can stagnate. And sometimes a change is needed to break the rut.

Clearly, that scenario is some way done the line for ​Foden - he is still that doe-eyed, precocious 18-year-old that Chamberlain was in 2012, who is admired by his coach. And, in any case, being tied down doesn't preclude him from leaving in the future, it just diminishes his chances.

But, while his decision will not be vindicated or compromised in the coming weeks, ​David Silva's upcoming lay-off, and the minutes granted to him in response, will be noteworthy.

You may be thinking, who am I to rubbish the decision of a player to pursue a career at his boyhood club, and it'd be a fair point. But, paradoxically, sometimes the best way to success at your club of choice is to first enjoy it elsewhere. Look at the current contrasting first team prospects of Callum Hudson-Odoi and Mason Mount at Chelsea, or the career of ​Paul Pogba. Indeed, if you were to ask me who I thought is likelier to have a better career at City between Foden and Sancho right now, I'd probably still say the latter.

That sentiment, of which I imagine I'm not alone in, should concern young Phil. But only time will tell us if it is justified.