​Pep Guardiola has heaped praise on his centre-back and captain Vincent Kompany after the Belgian's rocket of a shot was enough to earn Manchester City all three points at home to Leicester City on Monday night.

The Foxes frustrated the home team for large parts of the game, and it looked as though they may hang on for a draw, which would have handed Liverpool the advantage in the title race. 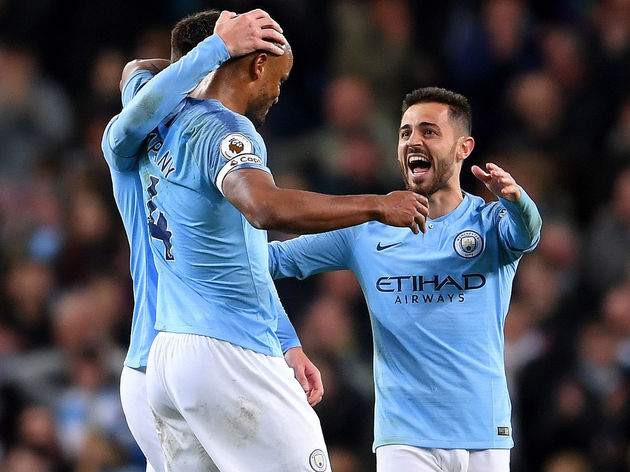 But in the 70th minute, up stepped ​Vincent Kompany of all people to smash the ball into the top corner from all of 25 yards out. His manager could not hide his glee after the final whistle as he showered the 33-year-old with praise. "There are important players in the club. Vinny has been here 10 years, unfortunately sometimes injured but when fit incredible player.

"We didn’t concede one corner or one shot on target. It was outstanding the way we played the second half, the character and the personality." One game is now all that stands between Man City and a second successive Premier League title. That game comes in the shape of an away trip to ​Brighton, where three points will win City the league title and set them up to complete the domestic treble ahead of their FA Cup final against ​Watford on May 18th.