Manchester City manager Pep Guardiola praised the battling qualities of his side after the Citizens reached the semi finals of the Carabao Cup with a penalty shootout victory over Leicester.

Kevin de Bruyne opened the scoring but the hosts were level when Marc Albrighton thrashed in. However, Leicester crumbled in the shootout, with Christian Fuchs, James Maddison and Caglar Soyuncu all missing.

Speaking after the game, Guardiola admitted matches at Leicester are never easy and defended Raheem Sterling, who chipped over the bar during the shootout.

"It was a tough game but that is normal - it is always difficult at Leicester,” Guardiola said, as quoted by City's ​website.

“We played with ​Kevin (De Bruyne) and ​Sergio (Aguero) who cannot play the full 90 minutes. We played with a guy (Eric Garcia) who is 17 years old and Aro who is 20.

“We made quite a good performance. Of course, we had chances to win the game before. 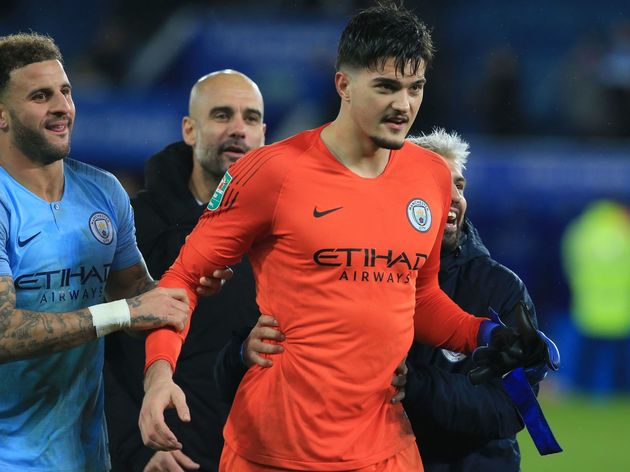 “It was the same last season when we won with penalties thanks to Claudio (Bravo). This year it was Aro.

"​Raheem took that decision [to chip his penalty], unfortunately he missed it but that is OK."