Manchester City manager Pep Guardiola has confirmed that Aymeric Laporte is edging closer to returning from injury after almost five months on the sidelines.

The 25-year-old has not featured for the Sky Blues since a 4-0 victory over Brighton back in August after damaging the ligaments in his right knee. 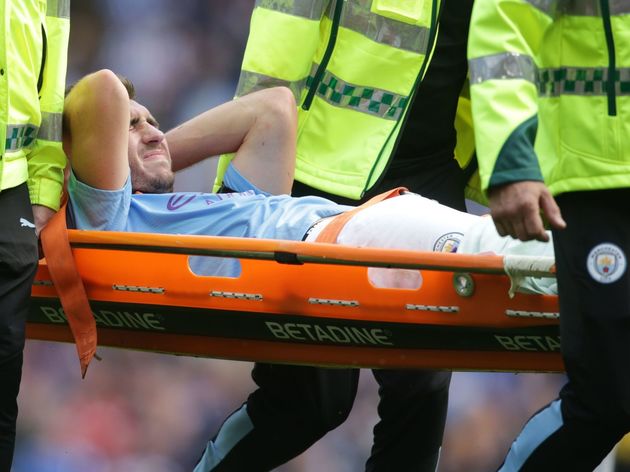 The former Athletic Club defender resumed training with Guardiola's side a few days after Christmas and is thought to be targeting a comeback in January, despite his manager's reluctance at confirming a date for his return.

“He’s training every day, and he finishes training with a good feeling,” Guardiola said in his pre-match press conference ahead of the game with Aston Villa, via ​The Times.

"Ayme [Laporte] is important because of his left foot and the fact that he can play on the left side, and for how good he’s settled,” Guardiola continued, illustrating how instrumental the Spaniard considers Laporte to be. The Frenchman, who surprisingly has yet to be capped at international level, has been hugely impressive since joining the Citizens in a £57m move in January 2018.

His absence has played a huge part in the champions dwindling form so far this campaign, with City well and truly out of the title race - trailing runaway leaders Liverpool by 14 points.

A return for Laporte would boost City's ranks ahead of a busy period of fixtures, with five games still remaining this month. Guardiola's side face a tricky ​Premier League away fixture against ​Sheffield United and the small matter of a Manchester derby in the second leg of the Carabao Cup semi-final among others, before attention turns back to the Champions League.