Both David Silva and Fernandinho suffered injuries during City's 2-0 defeat to Chelsea on Saturday, joining a lengthy injury list at the club which also features the likes of Kevin de Bruyne, Sergio Aguero and Benjamin Mendy. 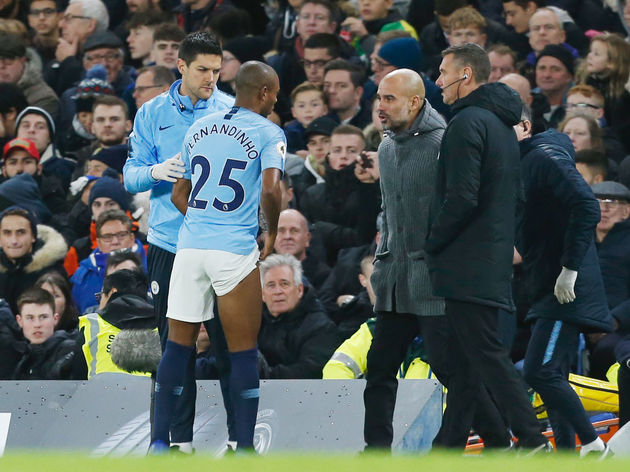 Ahead of Wednesday's match, Guardiola was asked about ​Silva's current fitness, after the Spaniard was forced off the field against ​Chelsea. He is quoted by ​Goal as saying:

"Maybe ​Sergio [Aguero] has a chance for the weekend."

​City have already secured qualification to the knockout stages of the tournament, but need to earn at least a point against Hoffenheim to ensure they finish in first place in Group F. However, Guardiola suggested that his side's injury struggles could lead to a tough match.

"We are in a real tough game. We are in the next stage, that is important. We want to win the game because every game we have to try to win, [we want] to finish first.

The City boss then admitted he admires Hoffenheim manager Julian Nagelsmann, with the pair having faced off during Guardiola's time in charge of ​Bayern Munich. He confessed that Hoffenheim's spirited performance during their 3-2 defeat to Shakhtar Donetsk proved that they are a dangerous side.

He added: "Hoffenheim against Shakhtar was one of the most incredible games I watched as a spectator in the last years.

"They were incredible how they created, how they did it – even with 10 players for 30 minutes, and they lost! "It was fascinating watching that game. My admiration and point of view of Hoffenheim has increased. I know about Julian Nagelsmann and his team and I realise how tough it will be."