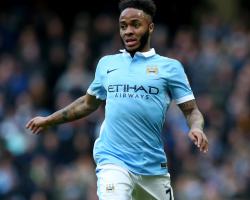 The new City manager has given his backing to the ÃÂ£49million forward who, after a troubled end to last season, endured a torrid time on international duty with England in France.

Sterling was one of the most criticised players after England crashed out at the last-16 stage to Iceland but Guardiola, who officially began work at City last week, is not doubting the 21-year-old's ability.

The problem is recovering confidence when a player has no quality

That is a big problem

Then I cannot help him.

"But Sterling has the quality

He just has to focus on his life, his profession, and I'm pretty sure he will play good."

City number one Joe Hart was another player who came under fire after England's exit, while the club have also been linked with other goalkeepers since Guardiola's appointment was announced.

But Guardiola, who conducted his first press conference as City manager on Friday, also gave Hart his support.

Asked if the 29-year-old would still be his first choice, Guardiola said: "At the moment, there's no doubt about that

Guardiola, who arrives at City with a big reputation after winning six league titles and two Champions Leagues with Barcelona and Bayern Munich, accepts he must hit the ground running at the Etihad Stadium.

City fell away last season to finish a disappointing fourth in the Premier League in Manuel Pellegrini's final year in charge.

Guardiola needs time to impose his methods but knows he will be expected to mount a title challenge.

The 45-year-old said: "I am here to work with several guys and to try to think in the same way

"People don't expect to (be asking) in January and February how good we are - they expect (from the) first friendly game against Bayern Munich (to see) how good is Pep.

"It was the same at Barcelona, the same in Munich

That is the expectation.

The expectations now are the same."

Guardiola has overseen three signings in Ilkay Gundogan, Nolito and Oleksandr Zinchenko since his appointment and more may follow, but he claims there can be no quick revolution.

He said: "To come to the country who created football and believe you have to change something would be a little bit presumptuous

I'm not good enough to change everything, to change the mentality of a club for 120 years would be presumptuous.

"I trust a lot in myself, I think I am able to do the job but I don't come here to think I can change the mentality or the culture of England."

Guardiola is now ready to throw himself into his challenge with City but how the future unfolds remains to be seen.

Asked if managing City could be his last job in football, he said: "I don't think so."