Pep Guardiola is revealed to have told his Manchester City players they had to 'eat their f***ing s**t' in a perversely sympathetic rant following their Champions League elimination to Tottenham last season, in a bid to inspire them to complete their domestic treble.

City crashed out at the quarter-final stage following one of the most memorable ties in the competition's history, as a 4-3 victory at the Etihad saw them exit the competition on away goals after Raheem Sterling had a winner deep into stoppage time chopped off by VAR.

It was a heartbreaking result for ​City, who had looked on for an unprecedented quadruple but had to settle for just the three major trophies instead, as they went on to reclaim their ​Premier League title in addition to winning both domestic cups. While was Spurs who went on to the semis, eventually edging out Ajax in similarly dramatic fashion to reach the final, Guardiola was left perplexed as to how his side - who had largely dominated a hectic second leg - had failed to advance.

And in a new book titled ​Pep's City: The Making of a Superteam, in which writers gained behind-the-scenes access throughout the campaign, Guardiola is reported to have used some strong language to motivate his devastated players - although remained sympathetic in his handling of the situation. 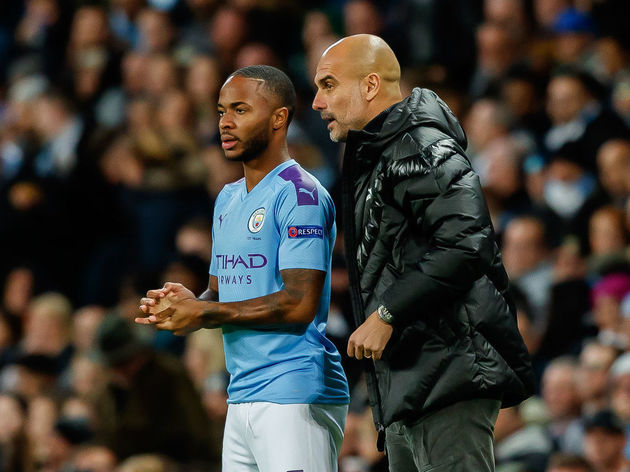 "Well, that's exactly what we're going to do now. Eat this f***ing s**t that we have to eat. Because we did everything to eliminate ​Spurs and they f***ing beat us, we're out on our f***ing a**es.

"Now we just have to fight for everything we have left, stand up and fight for what we can still win."

The ​Champions League is the one trophy that has eluded Guardiola while at City so far, and he'll be looking to bring that to an end this season. They are cruising through Group C with comfortable wins in their first two matches, and host Atalanta on Tuesday October 22nd looking to make it three from three.